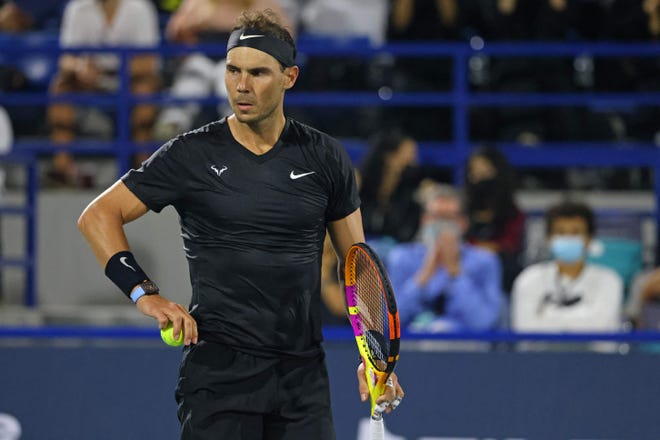 Rafael Nadal’s comeback plans have now been thrown into question as he returned a positive test after travelling back from Abu Dhabi, where the 20-time Grand Slam winner took on Andy Murray in an exhibition match, Mirror has learned.

Rafael Nadal has commented the unexpected changing of his plans, saying that he has “some unpleasant moments”, but he still hopes that “he will improve little by little”.

Nadal’s playing in January’s Australian Open in Melbourne is under question due to the CVID-19 infection. The former world No 1 was set to make an eagerly awaited competitive return to Australia after missing the last four months through the old trauma. Thus, chartered flights taking the players over to Melbourn are before the end of December, which could well fall into Rafa’s isolation period.

On Monday, Nadal confirmed his positive result on Twitter, and revealed he was suffering from mild but unpleasant symptoms.

“I wanted to announce that on my return home after playing the Abu Dhabi tournament, I have tested positive for Covid in the PCR test that was performed on me when I arrived in Spain,” Nadal said.

The athlete added that both in Kuwait and Abu Dhabi he passed controls every two days and all were negative, the last being on Friday and having the results on Saturday.

The 35-year-old also stressed that this setback will of course cause havoc to his on-court schedule, most notably his participation in next month’s Grand Slam in Melbourne.