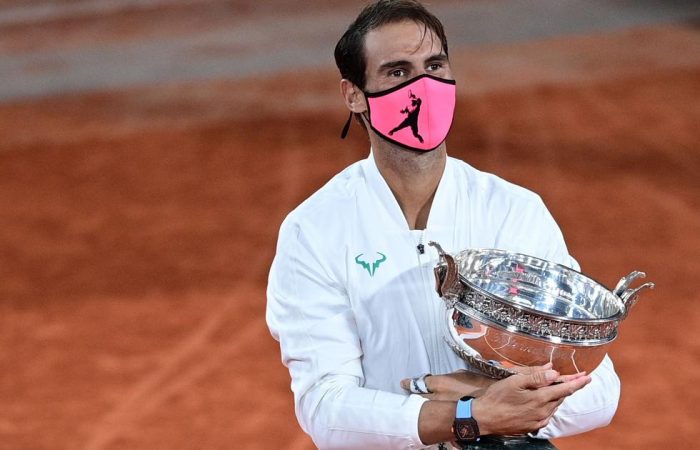 The famous French newspaper L’Equipe awarded Rafael Nadal as athlete of the year. Despite the pandemic, the annual ceremony was carried out, Tennis World has learned.

The Spanish tennis champion in 2020 won only one tournament but of great scale. Rafael Nadal was triumphing at Roland Garros with his 13th title in Paris and thus reaching Roger Federer in the history of tennis.

Commenting on his next title, Rafael Nadal said that a situation in the tennis world is rather tough now. However, he hopes for improvement in 2021.

The majority of tennis players had similar wishes in the hope of a better year than the previous one. Rafa was the one to lead the players in wishing and stated.

“I wish you all the best for 2021. The situation is really tough today and 2020 is a year to forget without a doubt. Hopefully, with the vaccine, the situation will improve dramatically. I wish u all the very best and see u soon in 2021,” Nadal said.