Rare portraits of Ottoman sultans sold for $1.83mln in London 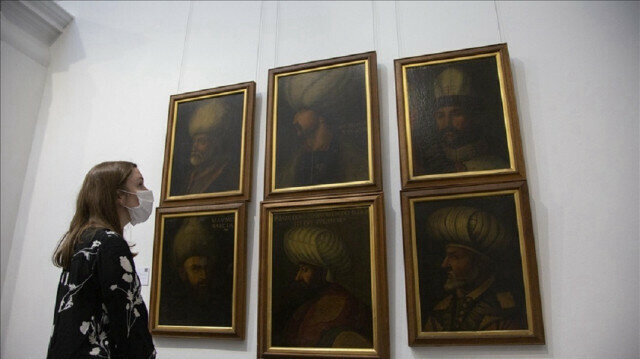 Sotheby’s reported on selling a group of six rare paintings of Ottoman sultans. In general, the art collection were sold for £1.34 million on Thursday.

The British auction sold the “The Newbattle Turks” collection that composed of six paintings of five famous Ottoman monarchs. Besides Suleiman the Magnificent, one of the world-known Turkish sultans, there were painting of Tamerlane (or Timur), founder of the Timurid Empire, and Ottoman rulers Bayezid I, Mehmed I, Murad II, and Bayezid II.

According to Benedict Carter, Sotheby’s director of Middle East auction sales, the collection was thought to have been brought back probably in the 17th century by the third earl of Lothian, William Carr.

“Principal among this Ottoman group is the painting of Suleyman the Magnificent – Kanuni Suleyman, the lawgiver – and he’s depicted here around the age of 43. It’s inscribed here with his age, which is around 1537, 1538, which is at the height of his reign really,” Carter added.

Commenting on the portraits of the Turkish monarchs, the expert said, it’s a sort of iconic image really of Suleiman in the 16th century.

The portraits are based on the Giovio Series, which was a set of 484 likenesses of rulers, statesmen and other figures of note assembled by 16th-century Italian Renaissance historian and biographer Paolo Giovio (1483-1552), the auction note by Sotheby’s reads.

In fact, Giovio built a museum at Lake Como specifically to house the works. They were discovered in an attic in an estate in Scotland, apparently having lied there undisturbed for hundreds of years, YeniSafak has learned.