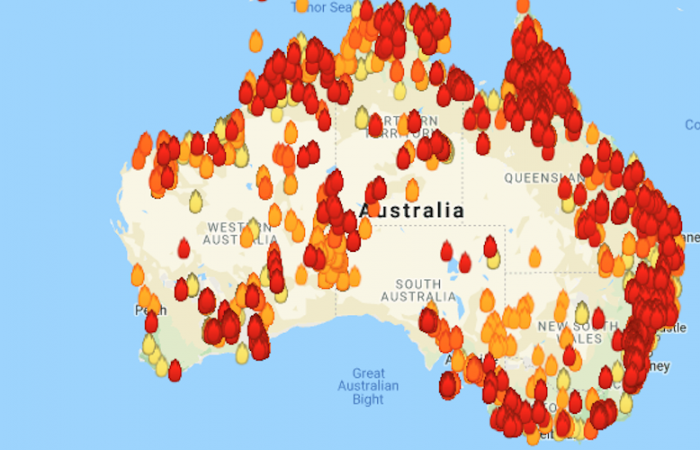 Rain, the most anticipated meteorological event for Australia, has fallen across parts of the bushfire-ravaged eastern part of the country on Thursday. As One India reports, the rain brought a huge relief to the nation that faced the cruellest ever bushfires.

Rain and more wet weather was forecast give some relief following months of unbelievable blazes. On Thursday, Australian meteorologists continue to warn on rains. In Melbourne, thunderstorms late on Wednesday helped to clear air but disrupted the build-up to next week’s Australian Open tennis tournament.

The rains and storms have improved air quality in most parts of the state New South Wales, said the Victorian Environment Protection Agency. More rain was forecast until the weekend which, if it does occur, would be the most sustained period of wet weather since the crisis began in September last year.

The New South Wales Rural Fire Service said that state and the whole country experienced its driest and hottest year on record in 2019. According to the meteorological bureau, the highest average maximum temperature of 41.9 degrees Celsius recorded in mid-December when the bushfires were on their peak.

Meanwhile, the scientists note the bushfires are the type of extreme disasters the world can expect more of as global warming intensifies. «What’s happening is persistent, not a fluke due to some weather phenomenon,» said Gavin Schmidt, director of NASA’s Goddard Institute for Space Studies.

In 2019, blazes have destroyed more than 2,000 homes and burnt 10 million hectares of land. As New South Wales ecological activists said, bushfires as the long-term trends are being driven by the increasing levels of greenhouse gases in the atmosphere. On Thursday, 30 blazes were still burning out of control in the NSW.

To restore the rural areas as soon as possible, Australia ‘s government is providing the foundations for the fire crisis when extreme hot weather hit well before the southern summer.