Residents of Turkey have responded harshly to the burning of the Koran in Sweden. 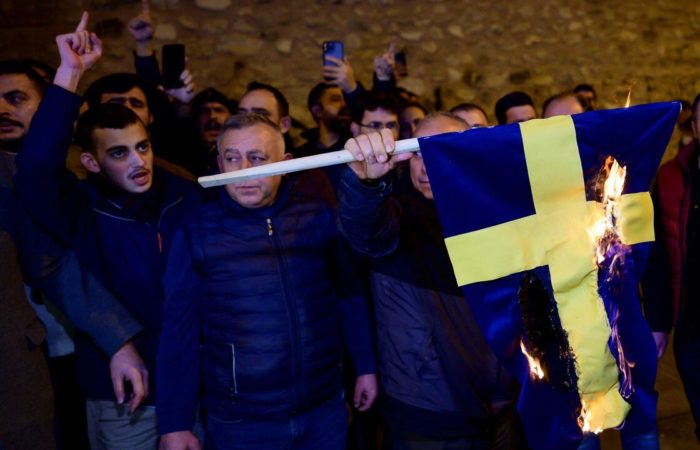 A large-scale protest took place in Istanbul, during which Turkish activists defiantly burned the Swedish flag.

After the burning of the national flag of Sweden, the rally participants prayed while reading the Koran.

The action was a response to the provocative actions of the far-right Danish politician and lawyer Rasmus Paludan, who also heads the anti-Islamic Hard Course party. The day before, he publicly burned a copy of the Koran in front of the Turkish embassy in Stockholm. It is worth noting that this is not the first time a politician has done this with a sacred book for Muslims.

The Turkish Foreign Ministry said that the burning of the Koran testifies to the level of Islamophobia, racism and discrimination in Europe, and also contradicts the obligations of the tripartite memorandum that Sweden signed to join NATO.

⠀
Sweden and Finland decided to join NATO on May 18, 2022 amid the events in Ukraine. From the application, 28 of the 30 countries of the alliance have already approved – except for Hungary and Turkey.

⠀
Ankara demands from Stockholm and Helsinki to stop supporting the RCP and extradite activists who are considered in Turkey to be involved in terrorism. The Turkish authorities have repeatedly stated that without the fulfillment of these promises, there will be no progress in the admission of the northern countries to NATO.