Rihanna teams up with Dior for a charitable, wearable reason

Rihanna is known as an activist and philanthropist, she wears with the great pleasure the political fashion T-shirts and similar outfits like Dior’s “We Should All Be Feminists” tees. In February, RiRi teams up with Dior for a charitable and wearable reason.

The last month, February was dedicated to the Fashion, the weeks in London and New York have presented the trends for the autumn and winter, and many guests were probably wondering what would happen with all of these political fashion tees we saw.

Rihanna as street style goddess liked a lot the Dior’s feminist T-shirts “We Should All Be Feminists” ( $710) from Maria Grazia Chiuri’s debut collection, other celebrities like Natalie Portman and Mylie Sirus were spotted wearing the tees out and about. In February, philanthropist RiRi teamed up with Dior brand to make the tees even more impactful – a portion of the political T-shirts will now be donated to the Clara Lionel Foundation, te Barbados singer’s charitable structure.

Note: The nonprofit organisation Clara Lionel Foundation was founded in 2012, it supports and funds education, health, and ER programs around the world. This year, Rihanna was just named Humanitarian of The Year by the Harvard Foundation.

The charitable obligations of Dior are follow: the fashion brand will donate a percentage of proceeds from the sale of its “We Should All Be Feminists” T-shirts to the foundation, per a release. The limited edition of these T-shirts (in black color) will be available exclusively on Saks.com from March 14th to March 28th, while the classic white tops the consumer can buy in Dior boutiques until May 15th this year. 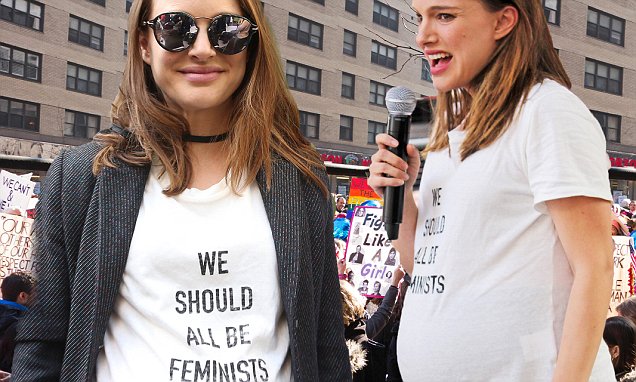