Rodrigo Duterte to run as Philippines’s vice president in 2022 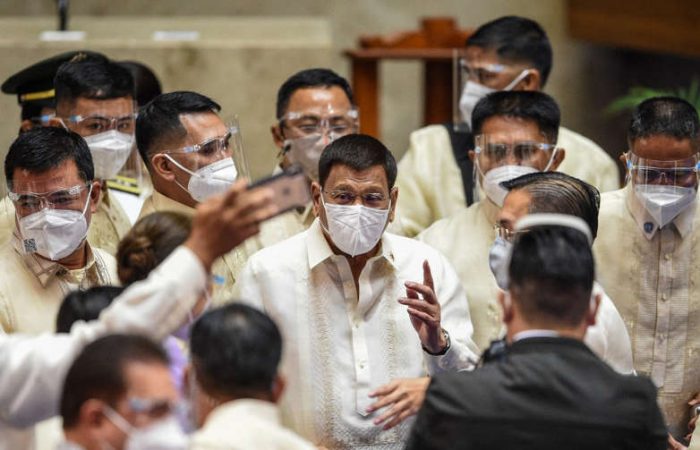 Rodrigo Duterte announced on Tuesday he will run for vice president next year, adding that senator Christopher “Bong” Go to be the PDP-Laban party’s presidential candidate in the 2022 polls.

The 676-year-old Rodrigo Duterte made the unexpected decision on Monday night. Thus, during National Assembly on September 8th, the PDP-Laban party is expected to endorse Christopher “Bong” Go running for the presidency in 2022, MSN has learned.

According to the experts, Duterte’s move would “guarantee continuity of the administration’s programmes during the past five years,” including those meant to address the drug war, one of the most vulnerable issues for the Philippines.

The incumbent president is legally barred from seeking another term in office, while the second-highest position is available. A similar situation was in Russia in 2008. Earlier, Duterte himself admitted that he was using his supposed vice presidential bid as political leverage in his last year in power.

“That’s just for politics, for leverage,” he said. “You would know what is a lame duck?”

In addition, Duterte’s endorsement in 2019 helped Go to become a senator, a post he carries out alongside his duties as the presidential personal aide.

Go is “not interested” in running for VP office

Commenting on Duterte’s move on Tuesday, Go said in a statement that he is “not interested” in running for the presidency. He insists on focusing on his work in the Senate, while the PDP-Laban party says Duterte has agreed to “make the sacrifice and heed the clamour of the people.”

Meantime, Duterte’s daughter and Davao City Mayor Sara Duterte-Carpio has acknowledged reports that she is considering a presidential run, although she does not belong to her father’s party.

Another interesting moment is the PDP-Laban has split into two factions with one wing under Duterte’s allies, and another wing under the internationally renowned boxer and Senator Manny Pacquiao. The athlete whose sports glory has faded is also considering a presidential run.