Roger Federer attended the wedding of Pippa Middleton and James Matthews, on Saturday the Swiss tennis legend and his wife arrived England. The nuptials were happy to invite Roger and Mirka for this big day, Middleton-Matthews like tennis and adore Federer’s skills.

Roger Federer made a hard decision to skip the French Open to concentrate on the upcoming Wimbledon and US Open. Such a short pause in the tight schedule of the tennis star was successfully filled with the attending at the wedding ceremony of Pippa Middleton and James Matthews. On Saturday, the beaming Roger and his wife Mirka arrived at St Mark’s Church in Englefield to celebrate the big day – beginning of another happy family.

The wedding day was sunny and beautiful, among the guests were Meghan Markle, the girlfriend of Prince Harry. Pippa and James sent her an official invitation to the wedding reception. 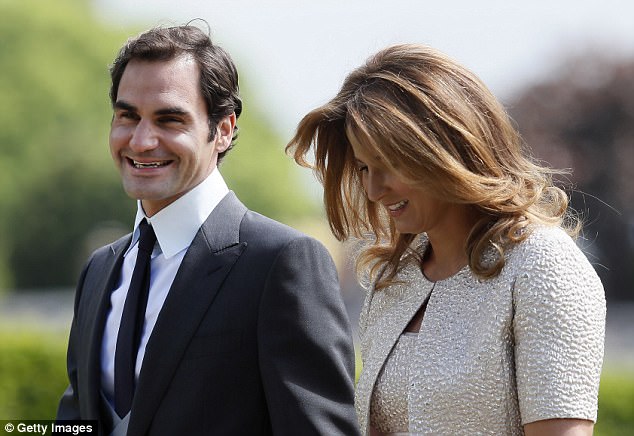 The mighty Swiss tennis player has a rather tight schedule for 2017 season, Mr Federer enjoyed a stellar start to the 2017 campaign and will feature at next month’s Mercedes Cup in Stuttgart.

The 18-time Grand Slam winner appeared in good spirits during Saturday’s celebrations in England, Roger preferred to skip the tournament in Paris next week. In 2017, Roland Garros will miss the Swiss star very much but Federer decided to concentrate on the upcoming Wimbledon and the US Open.

The Swiss superstar is targeting his 19th Grand Slam title at the All England club in July and is putting all his energy into securing another Wimbledon title.

On Saturday, as a break from his preparations for the tournament in SW19, Roger and his wife Mirka attended the wedding of Duchess Kate’s younger sister. Boh James and Pippa were happy to see tennis star at their wedding day in England.