Rouhani warns U.S. ‘will regret’ any violation of Iran nuclear accord 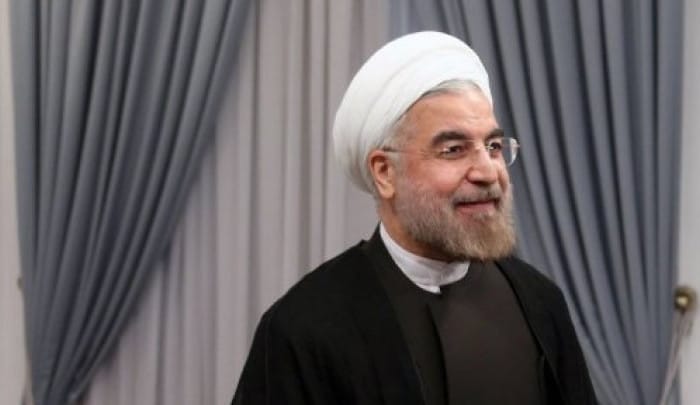 Iran’s president Hassan Rouhani said on Monday that Donald Trump will regret dropping the nuclear accord. Iran has warned the United States that it would ramp up its nuclear programme if JCPOA collapses, to achieve a more advanced level than before the deal.

Mr Rohani marked Iran’s national nuclear technology day with the visit the exhibition in Tehran where country’s latest nuclear achievements including a nuclear battery and centrifuges for the oil industry were showed. Speaking on Monday, the national leader declared Iran has been preparing for every possible scenario, including a Joint Comprehensive Plan of Action (JCPOA) of 2015 without the United States. In fact, the Plan would still include signatories like China, Russia, European states.

The head of Iran’s Atomic Energy Organization told that state-run press that Iran has the power to begin enriching uranium. This element is needed to create nuclear weapons – to 20% within just four days of the Supreme Leader Ali Khamenei gave the order, explained Ali Akbar Salehi on Sunday.

On Monday, Mr Rouhani stressed in his speech that Iran’s missile capabilities were purely defensive.

“We will produce any weapons necessary to defend our country in such a volatile region. But we will not use our weapons against our neighbours,”

President said and added that the US ‘will regret’ any violation of nuclear accord.

According to Rohani, such a volatile region demands from the national leaders to be ready for any scenario, even if JCPOA will not include the United States. The foreign policy of Trump’s office is so straight, that one Republican foreign policy adviser who is close to the White House said:

“This is exactly what President Trump means when he says the Iran deal is the worst agreement ever negotiated.”