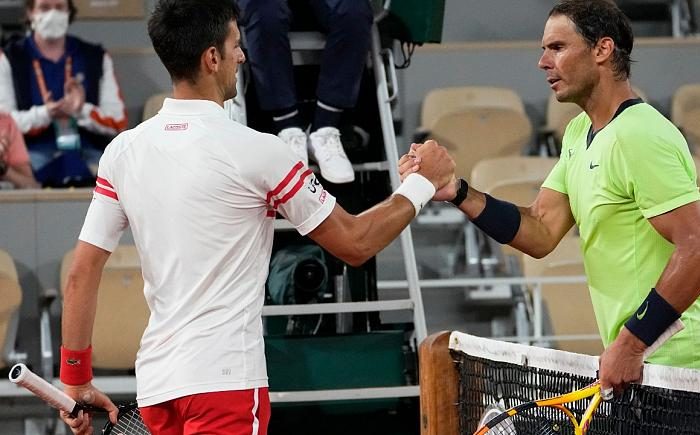 The semi-final French Open battle of the two tennis legends, Rafael Nadal and Novak Djokovic, ended with the victory of a Serbian player. Rafa lost his chance to win the 14th Roland Garros Slam.

The French Open semifinal against Rafa became a match «that you will remember forever,» said Djokovic. Nadal and Djokovic really riled up the raucous crowd at Court Philippe Chatrier. Over the decades, no two athletes in the ATP history (since 1968) have played each other more than this duo. Now, Novak leads 30-28.

Djokovic to face 22-year-old Tsitsipas in the final on Sunday’s. The Greek ousted Alexander Zverev 6-3, 6-3, 4-6, 4-6, 6-3 earlier Friday to reach his first Grand Slam final. This year, Tsitsipas-Zverev was merely an opening act before the headliners.

Nadal noted afterwards that playing in the cooler night air meant balls bounced lower, lessening the effect of his lefty forehand’s heavy topspin. Commenting on the epic game, that’s more favourable for him, the conditions.

“By the way, doesn’t matter. That’s tennis. The player who [gets] used to the conditions better is the player who [deserves] to win. So no doubt, he deserved to win,” Nadal added.