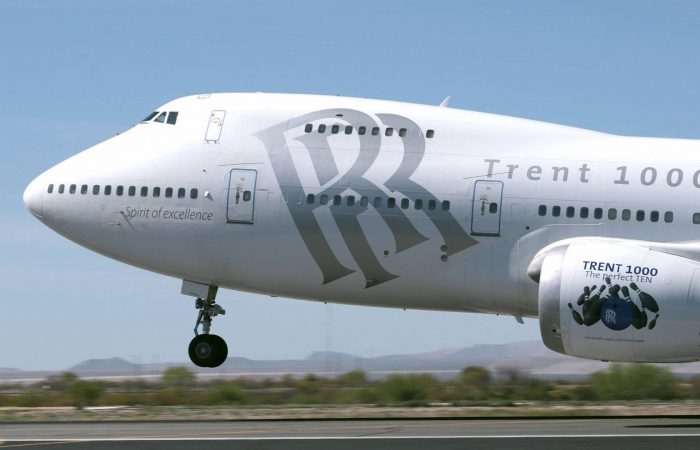 Rolls-Royce faced the consequences of the coronavirus lockdown, the corporation is going to cut at least 9,000 jobs and slash costs elsewhere, according to AFP.

While the novel virus epidemic hammers the aviation sector, the British maker of plane engines, chief executive Warren East said in a statement issued on Wednesday.

The corporation announced as well that Rolls would cut nearly one-fifth of its global workforce to cope with the economic crisis caused by the Chinese infection.

«This is not a crisis of our making. But it is the crisis that we face and we must deal with it,» Warren East said and added that the Rolls’ airline customers and airframe partners are having to adapt and so must we.

Commenting on that action plan laid by Rolls Royce, the unions said they expected most of the cuts to occur in the UK. Although the analysts said the knock-on effect for supply chains meant many more people working across the aerospace industry were set to lose their jobs.

9,000 jobs to be cutted equals 17% of Rolls Royce global workforce

As Rolls’ statement says, the company expected «the loss of at least 9,000 roles» from a global workforce of 52,000. Amid coronacrisis, Rolls would also cut «expenditure across plant and property, capital and other indirect cost areas».

That action plan is expected to hand the company annual savings of more than $1.6 billion. In addition, the restructuring will cost Rolls about 0.5 million and would predominantly affect a corporation’s civil aerospace business.

«Our defence business, based in the UK and US, has been robust during the pandemic, with an unchanged outlook, and does not need to reduce headcount,» it added.

Rolls has already spent the past two years cutting thousands of management roles following weak demand for its power systems used by the marine industry. In other words, that is just a terrible prospect for the British company but it must take «difficult decisions to see our business through these unprecedented times.»

With planes grounded worldwide, airlines are slashing thousands of jobs and Rolls has followed suit.

«The news that Rolls Royce is preparing to throw thousands of skilled, loyal, world-class workers, their families and communities under the bus during the worst public health crisis since 1918 is shameful opportunism,» he said in a statement.