Roman Abramovich and Antonio Conte met the young players of the Chelsea and watch the FC youth side at Stamford Bridge last night.

The billionaire Roman Abramovich loves football, and his Chelsea is strengthening the youth team now. Last night both Chelsea owner and First-team manager met at Stamford Bridge to watch the FA Youth Cup.

Abramovich and Conte were happy to see the football battle, the youngsters of Chelsea thrashed Manchester City 5-1 in the second leg to complete a 6-2 aggregate success. It is worth to note the youth team was lifting the trophy for the fourth time in a row!

Antonio Conte even found time to do a team-talk for the youngsters. Chelsea players started well and had already forced Manchester City goalkeeper Arijanet Muric into a save before taking the lead. Trevoh Chalobah opened the scoring after six minutes with a towering header from captain Mason Mount’s corner. 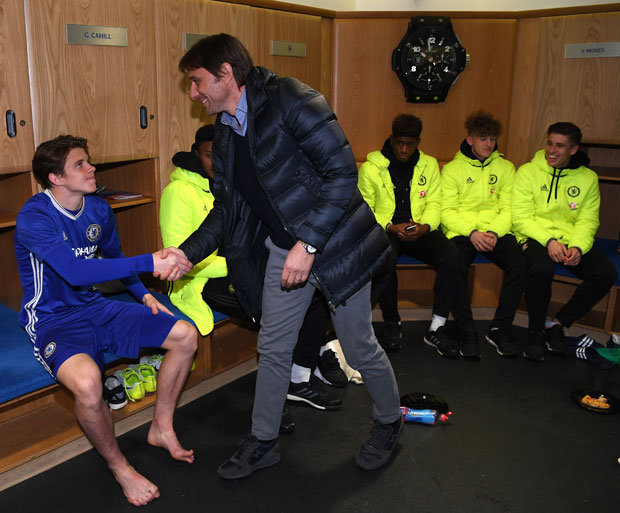 The visitors were really satisfied with the match, Callum Hudson-Odoi made it 3-1 with a run and shot from distance and Sterling added a fourth Chelsea goal just after the hour, cutting in from the wing and shooting home after being played down the wing by Ugbo.
Roman Abramovich is going to made his youth team as strong as possible, and four trophies from FA Youth Cup prove that Chelsea young wing is doing well!