Roman Polanski gets César for best director for J’Accuse 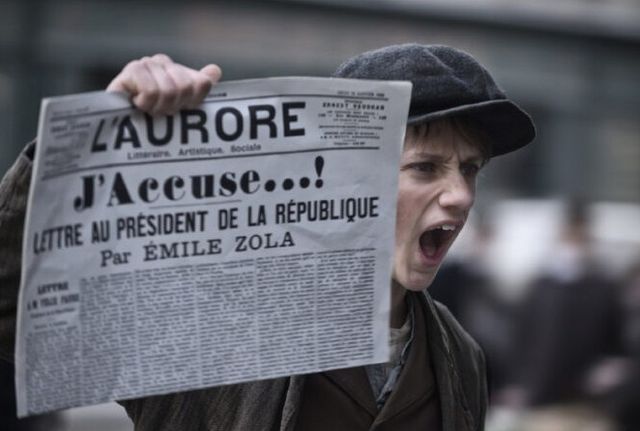 Roman Polanski, the fugitive director, received the César film award for his latest drama J’Accuse (The Officer and Spy). The move of the film festival’s jury sparked the scandal in media.

Awarding Roman Polansky is defying the diktat of both the #MeToo movement and of President Emmanuel Macron’s government, the French media said. Actress Rose McGowan, a leading #MeToo person in the US, urged feminist groups to protest in front of Pleyel Hall, where the César awards ceremony were held.

J’Accuse is the masterpiece, the critics insist. The powerful and compelling film tells a story of the Dreyfus Affair, the historic 1894-1906 struggle to clear a French Jewish officer framed on charges of spying for Germany. At the high point of that case, France even teetered on the brink of civil war.

Both the movie J’Accuse and his director became the target of relentless attacks from #MeToo and the state. French Culture Minister Franck Riester personally intervened on the eve of the Cesar awards ceremony to demand that Polanski not be named best director.

Under these conditions, the Academy’s decision to award Polanski the best director prize is an unmistakable repudiation of the politics of #MeToo and of the Macron government. In fact, The Officer and Spy was named for 12 César awards last month.

Faced with relentless and uncontrolled slanders in the media targeting him as a despicable rapist, Polanski announced on Wednesday that he would not attend the César awards ceremony.

“I have been asked this question: will I go or not to the César awards ceremony? My question is rather the following: how could I go? We know how this evening is to proceed. Activists are already threatening me with a public lynching. Some are announcing there will be protests in front of Pleyel Hall. Others plan to use it as a way to justify campaigning to reform the governance of French film. It will look more like a symposium than a cinema festival seeking to reward its greatest talents,” fugitive director asked.

Riester also rejoiced that Polanski had to take the decision, which Riester called “wise,” to not attend the awards ceremony. Actually, during the awards ceremony, feminist protesters tried to forcibly enter Pleyel Hall, facing off with riot police.

Ultimately, however, and at the end of a ceremony largely given over to talk of gender politics and women in film, it was announced that Polanski had received the best director prize.

It was a blunt repudiation of #MeToo witch-hunting and presidential policies of social austerity, war, police-state repression, and rehabilitating Nazi-collaborationist dictator Philippe Pétain.