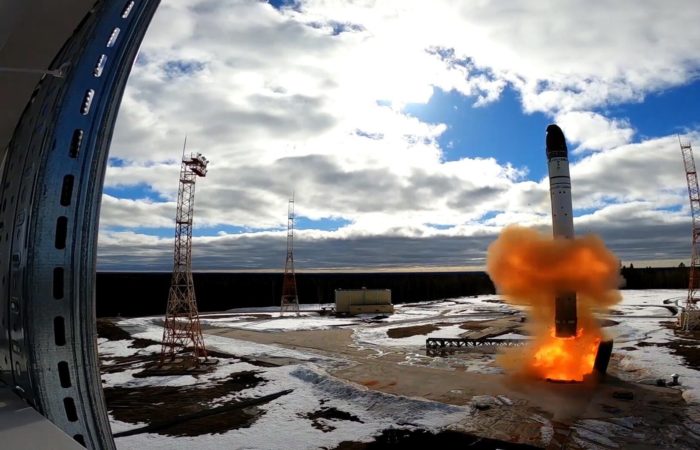 According to Dmitry Rogozin, Director General of Roscosmos, a series of customer tests are now planned, which will be handled by the operational headquarters. Rogozin says that the introduction of new missiles into service is on schedule.

According to the Russian Ministry of Defense, on April 20, the first launch of the Sarmat intercontinental ballistic missile will be carried out under the state test program from a silo launcher at the Plesetsk cosmodrome. The military department noted that the design characteristics at all stages of the flight were confirmed, training warheads arrived in a given area of ​​the Kura training ground in Kamchatka.

After the completion of the test program, the complex will go into service with the Strategic Missile Forces. In the Uzhur missile formation in the Krasnoyarsk Territory, the head missile regiment is already being prepared for rearmament. “Sarmat” will replace the “Voevoda” missiles. The new missile has expanded the range of its combat equipment, both in terms of the number of warheads and types – it can carry hypersonic gliding units.

The Russian Defense Ministry says that the Sarmat is capable of hitting targets at long ranges, using various flight paths, and is guaranteed to overcome any existing and future anti-missile defense systems. The new carrier, the most powerful in the world and having the longest range of destruction of targets, should significantly increase the combat power of the Russian strategic nuclear forces.