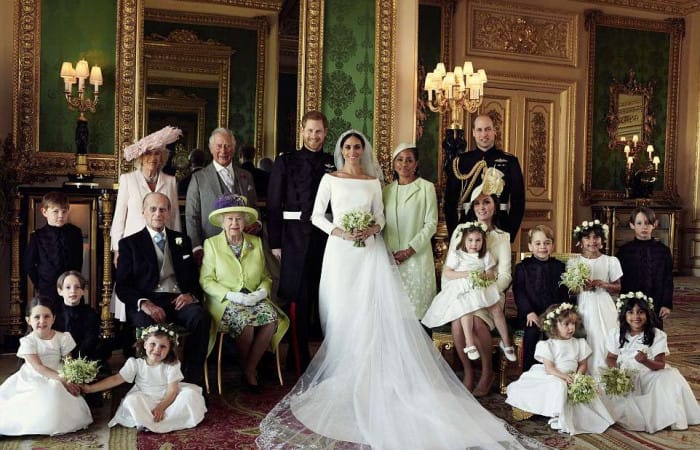 The royal wedding of Prince Harry and Meghan Markle became an event of the year, the official photos were taken by the British photographer Alexi Lubomirski, The Daily Mail reported.

The royal wedding’s photos are gorgeous, Mario Testino’s protege just excelled himself, Alexi could keep that traditional spirit of Windsor home without adding the too much glamorous look to the official photos. Alexi has worked with such A-listers as Gwyneth Paltrow, Natalie Portman, Salma Hayek,  Julia Roberts, Nicole Kidman and Scarlett Johansson.

The images were taken by Alexi Lubomirski at Windsor Castle following the carriage procession on May, 19. An artist explained on Instagram that he was invited to shoot the royal item for their engagement pics. He thanked Harry and Meghan in his post for allowing him to take their official engagement portraits.

“Not only was it an incredible honour, but also an immense privilege to be invited to share and be a witness to this young couple’s love for each other. I cannot help but smile when I look at the photos that we took.”

Another bunch of official photos were taken in The Green Drawing Room, Windsor Castle where The Duke and Duchess of Sussex are pictured with the family. Meghan’s mother also became a part of the royal British family. A picture where Prince Harry and his wife Meghan snapped with the page boys and flower girls gathered thousands of likes on the social media. Adorable Mulroney twins made the day!

Princess Charlotte and her elder brother Prince George’s behaviour during Sunday royal wedding was just a perfect. The kids of Prince William and Kate Middleton showed they are reliable, responsible young persons.

‘The Duke and Duchess of Sussex would like to thank everyone who took part in the celebrations of their wedding on Saturday. They would also like to say thank you for all of the generous messages of support they have received.’