Rudy Giuliani in hospital with COVID-19 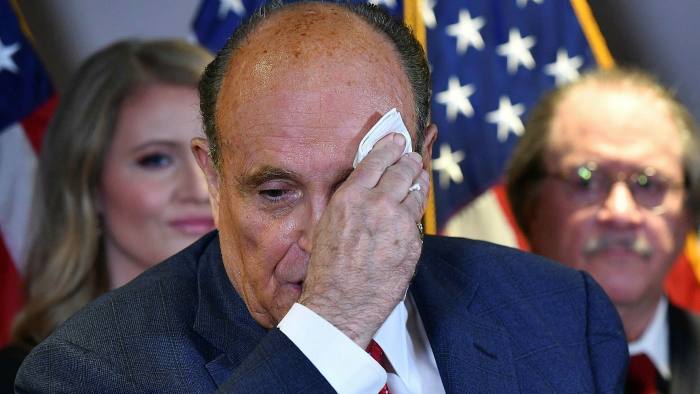 Rudy Giuliani tests positive for COVID-19, and now he is in hospital. The news was announced by Donald Trump himself on Twitter.

Rudy Giuliani is in a Washington hospital after suffering mild symptoms. It means that many more of the President’s legal advisers may now have to go into self-isolation.

Giuliani and dozens of Trump’s advisers used to ignore COVID-19 infection during the long period of time. Even Trump himself was often dismissive of social distancing and of mask-wearing. No surprise that his inner circle was hit by the novel pathogen.

In fact, the time for a health issue is not optimal for Giuliani. It appears that Giuliani’s legal effort in states like Arizona, Georgia and Pennsylvania wasn’t just hopeless, it was potentially lethal.

The 2020 presidential elections cost too much to Giuliani and the whole Trump’s team. The nadir was Giuliani’s desperate press conference in which he tried to prove — with no evidence — that the 2020 election had indeed been rigged. His photo with sweat and hair dye running down the face became the most embarrassing images of the year.

Amid all of that chaos made by Trump, Joe Biden has been trying to rise above the noise. He asked that Americans take maximum efforts to keep the virus at bay, calling it a patriotic duty.