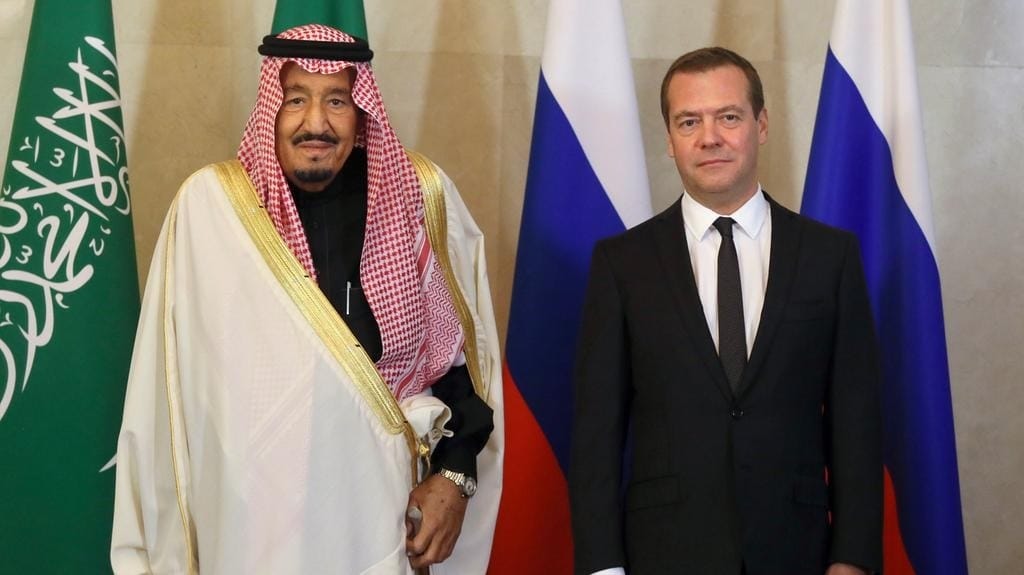 Russia and Saudi Arabia are cementing their ties, the historic visit of King Salman to Moscow reflects the willingness of the Arabian country to be a friend a partner to Russian Federation. At the end of monarch’s visit, he was awarded honorary doctorate by the Moscow State Institute of International Relations.

King Salman, the first ruling Saudi monarch paid an official four-day visit to Moscow. On Thursday, he met with Vladimir Putin in the Kremlin, next day, the monarch held talks with prime minister Medvedev.

Saudi Arabia ruler was also awarded an honorary doctorate by the Moscow State Institute of International Relations, and the Russian foreign minister Lavrov hailed this visit as marking a new level in Russian-Saudi relations.

King Salman and President Putin discussed a number of issues of common interest to Saudi Arabia, Russia and the Middle East. Agenda included as well the economic and financial cooperation between countries and even a military co-operation.

Durin the meeting with the Russian President, King Salman stressed that Iran as an ally of Russia in Syria ends its “interference” in the Gulf and the wider Middle East. Of course, the oil aspect was one of the most important during the talks between King and Russian President.

According to Russian Energy Minister Alexander Novak, the energy ministers of OPEC and non-OPEC countries agree that the decision on the future of the oil output cut deal should be made closer to its completion. After the meeting of Russian PM Medvedev with King Salman on Friday, Novak said that there are a lot of opportunities to develop Saudi-Russian ties in the oil market.