Russia declares it has successfully tested a hypersonic missile Kinzhal 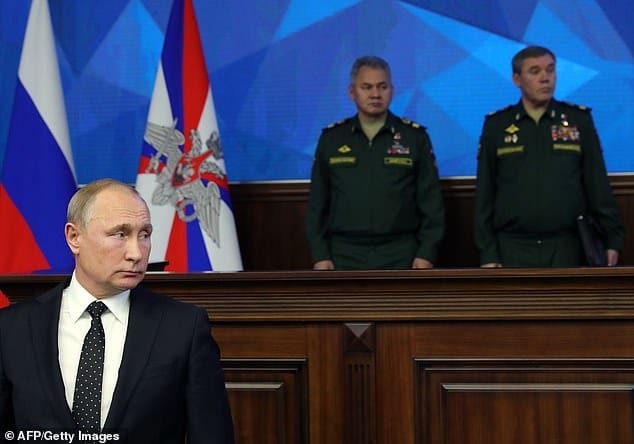 Russia said it has tested the new hypersonic missile, which was reportedly last tested on December 10 and managed to reach a speed of Mach 8, which is the equivalent of around two miles per second, DailyMail reported.

The new Russian ship-based missile Kinzhal impressed the engineers with its characteristics, said the Russian president, speaking during a meeting with military chiefs in Moscow. Vladimir Putin specifically mentioned the hypersonic missile and the Avangard hypersonic glide vehicle. The latter promised the Avangard will enter service next year.

Kinzhal has already been commissioned by the military; the Russian defence minister Sergei Shoigu said aircraft carrying the missiles have flown 89 patrol missions this year. In March, Vladimir Putin described Russia’s hypersonic arsenal as ‘invincible’ during a state-of-the-nation address.

While Russia is successfully testing its hypersonic missile for the fifth time, none of the countries could demonstrate any foreign equivalents’ to Russian weapons. On Thursday, the Russian leader attacked the US decision to pull out of the intermediate-range nuclear forces treaty, saying the international system of arms control was “collapsing”. the recent Putin’s annual press conference at Moscow’s World Trade Centre used by Kremlin the event to advance Russia’s view on world events, usually beginning with a positive assessment of the Russian economy.