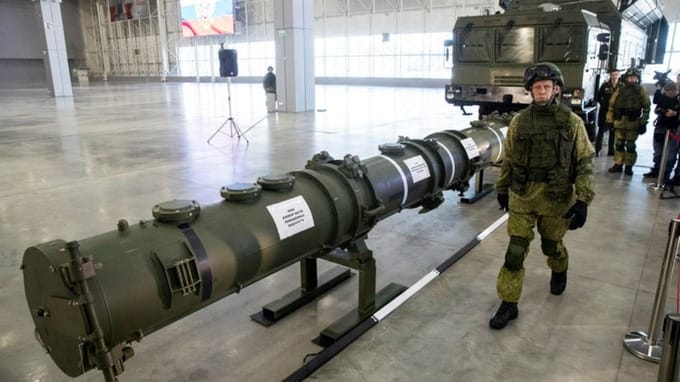 The Russian military has released the specifications of its new missile, seeking to dispel the US claim that the weapons violate a key nuclear arms pact, ITV reported. The Russian military highlighted during press conference that the 9M729 missile differs from the previous 9M728 model by having a modified warhead and guidance system that enhances its capability.

Lieutenant General Mikhail Matveevsky, the chief of the Russian military’s missile and artillery forces, said at a meeting with foreign military attaches that the new missile has a maximum range of 480 kilometres. The military insists the new SSC-8 ground-fired cruise missile (also known as the Novator 9M729) conforms to the limits of the 1987 Intermediate-Range Nuclear Forces Treaty (INF).

It comes as the US announced its intention to abandon the INF, claiming the new missile violates provisions of the pact that ban the production, testing and deployment of land-based cruise and ballistic missiles with a range of 500 to 5,500 kilometres.

According to the White House, Russia’s move will suspend its treaty obligations if Russia does not come into compliance by February 2. In its turn, Moscow denies claims of its violations of 1987 pact. Lt Gen Matveevsky added that the military gave the presentation to underline its “increased transparency and our adherence to the INF Treaty”.