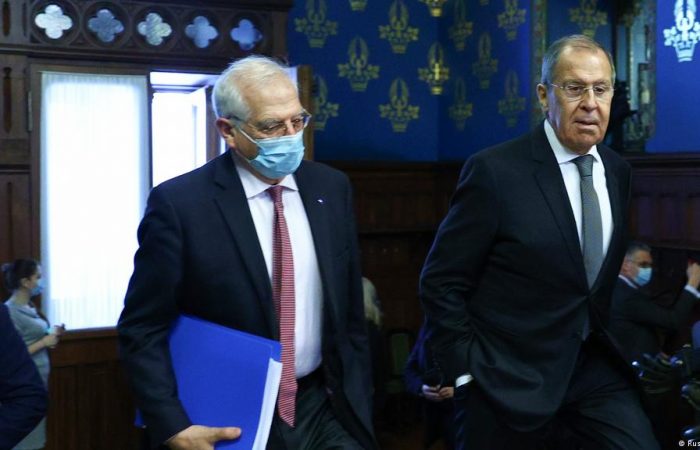 Russia’s top diplomat said that the EU-wide approach to Moscow foreign policy was gone. Sergei Lavrov was in southern China for two days of consultations with the foreign minister.

Sergei Lavrov, the veteran Russian diplomat, stressed in his recent address that all that was left were individual European partner countries guided by their own national interests.

One consequence of the EU’s aggressive actions is that Russia’s bonds with China were strengthening. During the joint briefing with his Chinese counterpart, Wang Yi, the Russian official said if the EU made a positive overture, then Moscow would respond in kind.

Earlier, Lavrov has often lamented the state of EU-Russia relations, but his comments while in China were particularly cutting. Despite sanctions, Mr Lavrov left the door open to Brussels.

In its turn, China was hit by EU sanctions on Monday for abuses against the Uighur people. In fact, that was the first time the EU has issued restrictive measures on Beijing for human rights violations since the 1989 Tiananmen Square massacre.