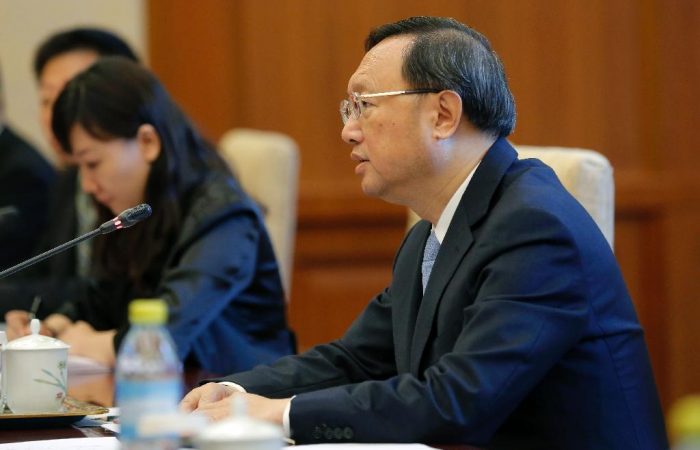 China, India, Pakistan and Russia should enhance communication and act unanimously to play a constructive role in stabilizing Afghanistan, the Chinese Foreign Ministry’s statement said. The cooperation will help to resist terrorism and restoring peace in Afghanistan.

Beijing is prepared to enhance coordination with the key players in the region, said the top Chinese diplomat at the meeting with the foreign ministers of Russia, Iran and Pakistan on the sidelines of the SCO and CSTO summits in Dushanbe. After Kabul’s fall, Russia, Iran and Pakistan should play a constructive role in preventing chaos not only inside the country but in the Middle Eastern region.

“China is prepared to strengthen coordination with Russia, Iran and Pakistan and other countries of the region to play a constructive role in preventing chaos, maintaining stability, resisting terrorism and violence and also restoring peace to Afghanistan and establishing a lasting peace in the region,” China’s Foreign Minister Wang Yi added.

For Afghanistan, it is critically important now to be integrated with the regional cooperation agenda.

“In the long term we can help Afghanistan to gradually develop its potential and get integrated into regional economic cooperation, eradicate poverty and achieve economic development,” Wang stressed.

The new Taliban government launched a large-scale operation for control of Afghanistan after the US and NATO declared their troop pullout. Last month, Afghan President Ashraf Ghani just fled the country, while his brother joined the Taliban that entered the capital Kabul without encountering any resistance.

According to the new Afghan government, they said the whole territory of the county was under their control and formed an interim government. All seats on the new Cabinet were taken by the movement’s members, mostly representatives of the country’s largest ethnic group, the Pushtuns.