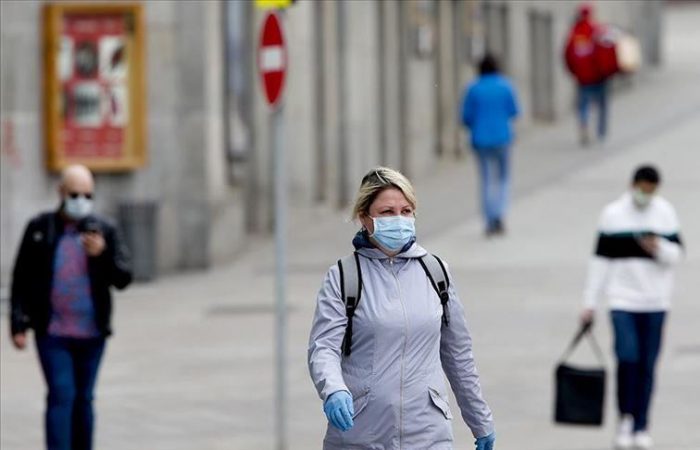 The Russian prime minister Mikhail Mishustin said the COVID-19 situation in the country is “gradually improving.» On Wednesday, the health authorities have reported 7,843 new coronavirus cases, the lowest single-day rise since April 30.

In Russia, the number of COVID-19 cases reached 553,301 on Wednesday. Meanwhile, coronavirus recoveries in the country were higher than usual as 10,036 people were discharged from hospitals over the past 24 hours. Thus, the statistics shows the better and more stable situation.

In fact, Wednesday cases raising the total number of recovered patients to 304,342, Russia’s emergency task force said in a daily report. Since April 30, the death toll from the coronavirus rose to 7,478 as 194 more Russians lost their lives.

According to the Russian Health Minister Mikhail Murashko, the spread of the novel pathogen will be broken when at least 45% or, ideally, 50-60% of the population will have immunity to the virus. After that the restrictions can be entirely lifted, the official added.

Mishustin noted that the capital city and a number of other regions are «showing positive trends,» adding the outbreak occurred later in some parts of the country and the cases there are still «on the high side.»

The Russian PM added that about 300,000 tests per day are performed in the country. Meanwhile, Russia started human trials of COVID-19 vaccines in two groups of 38 volunteers on Wednesday. The tests will last about six weeks.

Amid coronacrisis, Russia undertakes measures to boost the economy

In his recent statement, Minister of Economic Development Maxim Reshetnikov said after restrictions were lifted, the economic activity is progressively increasing, although the pre-crisis level is yet to be achieved. Following the month of forced pause, the Russian economy should be boosted, the official added.

As of Wednesday morning, more than 8.17 million cases have been reported worldwide, while nearly 3.96 million patients have recovered so far, according to figures compiled by the US’ Johns Hopkins University.