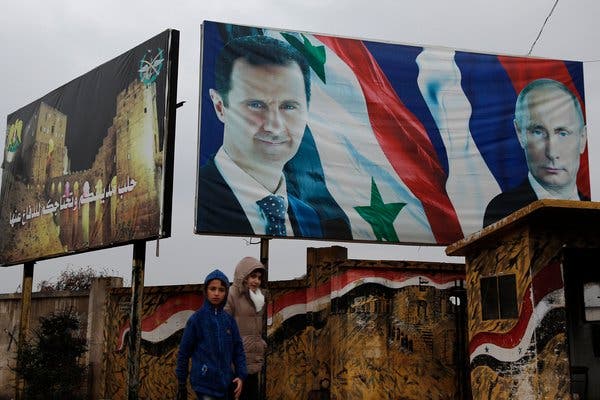 Russia continues to send military equipment to the armed forces of Bashar al-Assad in Syria, BulgarianMilitary reports. This week, a cargo ship was photographed transiting the Bosphorus Strait towards the Mediterranean waters.

Sparta, the Saint Petersburg-based TGK-SPB’s Russian flag Ro-Ro vessel, which is owned by Ministry of Defense’s Oboronlogistika. The vessel has transited the Bosphorus Strait en route to the Syrian port-city of Tartous.

According to military observers, the Russian Sparta was made up of military and technical supplies, which are to be delivered to the Syrian Armed Forces. President Assad’s forces are in the process of preparing for a new offensive in the Idlib Governorate.

Since March, the Russian Armed Forces have increased their supply shipments to Syria to replenish the equipment that was lost in the battles against the Turkish forces.

Among the Russian shipments most recently were tanks and armoured personnel carriers (APC), which needed to be replaced because the SAA’s arsenal in northwestern Syria was either destroyed or badly damaged during the Turkish attack.

In early March, Vladimir Putin and Recep Tayyip Erdogan have signed an agreement according to which a ceasefire came into force in the Idlib de-escalation zone.

However, Syrian President Bashar al-Assad later said that if the US and Turkish military did not leave the country, Damascus would be able to use force.

The reason for the Russian-Turkish negotiations was a sharp aggravation of the situation in Idlib, where in January a large-scale offensive by the Syrian army against the positions of the armed opposition and terrorists began.

Assad’s forces recaptured nearly half of the Idlib de-escalation zone and left behind a number of Turkish observation posts. After that, Turkey made a decision to increase significantly its military contingent in the north of Syria. In addition, Ankara launched the operation “Spring Shield” to push the Assad troops. Turkey is also supported by militants loyal to it.