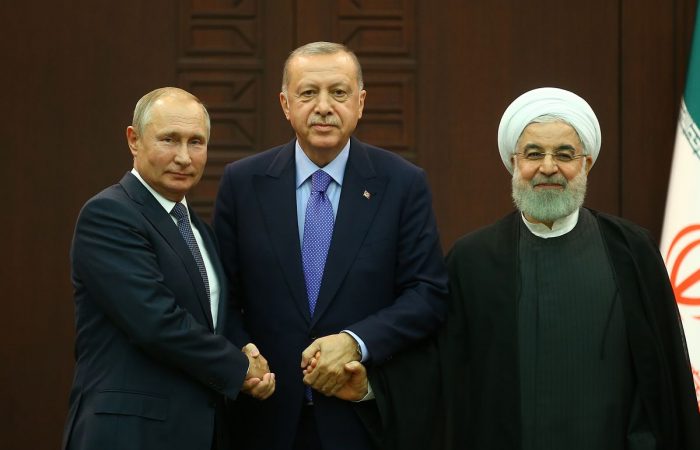 Russia is suspecting that Al-Assad is not unable to lead Syria anymore, TASS reported. To avoid the chaos, Moscow and its allies like Iran and Turkey agreed to remove the head of the Syrian nation, Bashar Al-Assad, and establish a ceasefire.

The Russian International Affairs Council (RIAC) expects that Moscow, Ankara and Tehran will reach a consensus to remove President Al-Assad who is going to escalate the armed conflict and to drag Moscow towards the Afghani scenario, which is a very disconcerting possibility for Russia.

Russia, Iran and Turkey intend to establish a ceasefire in exchange for forming in Syria a transitional government that includes the opposition, members of the regime and the Syrian Democratic Forces (SDF). In other words, RIAC would send a very clear political message, conveying that the Syrian people do not want Al-Assad to remain president.

The report stated that, since the beginning of its military intervention in Syria, Moscow has been keen to avoid being presented as the defender of Al-Assad, adding that in negotiations it has stressed that “the Syrian people will decide whether or not Al-Assad will remain in power”.

Moscow has learned from its past military mistakes, indeed. Taking into account the Soviet experience in Afghanistan in the 1980s, Kremlin has been very measured in its commitment to the Syrian battlefield. Since 2015, Moscow has prioritized the use of stand-off tactics (like aerial strikes) and military contractors. The results are impressive, Russia has officially confirmed just 116 Russian fatalities.

While Russia says that Assad is unable to lead the country, Iran has no interest in achieving stability in the whole region because it considers it a battlefield with Washington.

According to TASS, Moscow is reportedly ready to use Al-Assad to negotiate an agreement that guarantees its interests; it is sacrificing Syrians to ensure that Al-Assad remains in power. Thus, the Syrian leader cannot refuse the Russians’ demands, so he makes them hear what they want to hear, but in the end, he implements Tehran’s demands.

Now, Russia has to work on a combination of scenarios including one that sees forces present in Syria accepting each other’s scope of influence. Another option could be a complete withdrawal of all foreign forces from Syria with the unification of the country after achieving a political transformation in accordance with UN Security Council Resolution No. 2254.

Moscow believes that option is less costly for all parties, while Turkey has long called for the removal of Al-Assad as a prerequisite to the end of its operation in Syria.