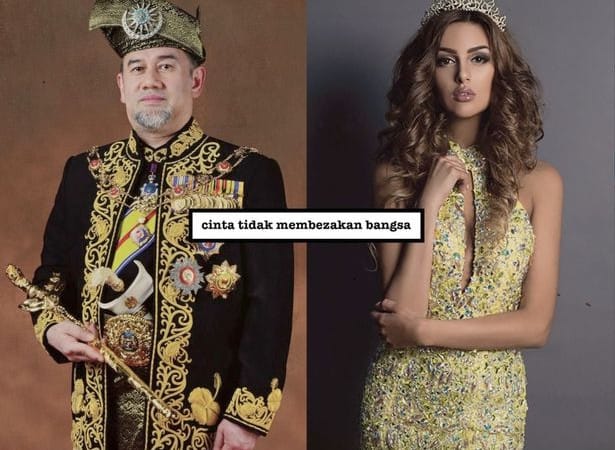 The former Russian model becomes Queen of Malaysia, confirmed the Royal Palace. The beauty queen converted to Islam and married Malaysian monarch King Muhammad V who is senior her 24 years.

The former Miss Moscow Oksana Voevodina was only starring in 2015 when she got the title of a beauty queen, but now she is the wife of a real king. The 49-year-old Muhammad V of Kelantan married the Russian beauty in a royal wedding ceremony in Moscow. Oksana reportedly converting to Islam earlier this year.

Being the model, Oksana Voevodina has worked as a model in China and Thailand and has posed in revealing pictures. Now, she is a member of the Malaysian royal circle and she is Muslim, all these aspects made continuing her career impossible.

The wedding ceremony took place on November 22 in a concert hall in the upscale Moscow suburb of Barvikha. According to Islam News, monarch came to the native country of his future wife to celebrate the big day. However, The Malaysian ruler has not disclosed how the couple met. The wedding was alcohol-free and all the food was halal. The Malaysian ruler opted the national clothes, and the bride wore a white wedding dress.

After converting to her husband religion, Islam, 25-year-old Oksana took the Muslim name Rihana (after Barbados singer) and a picture of her in a hijab was posted on Twitter.

In Malaysia, the monarch is an elected position, King Muhammad V has been on the throne since 2016, so, technically, Miss Voevodina is just the first lady of Malaysia, not a Queen.