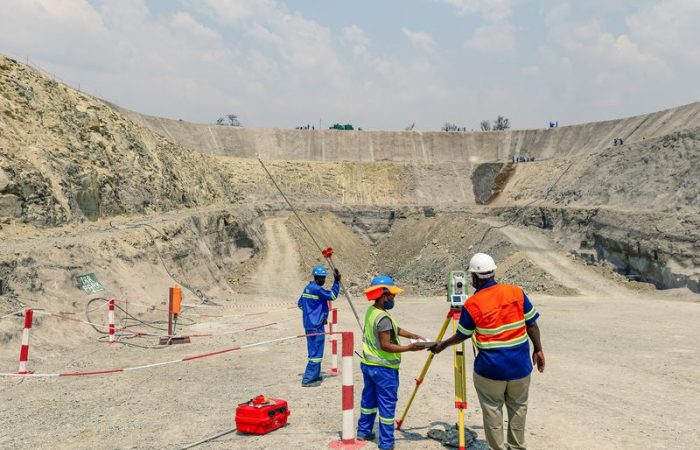 The Russian-Zimbabwean cooperation will be deepened with another mine industry project Darwendale that cost $2 billion, said to the local media. A project aims to develop Zimbabwe’s biggest platinum mine.

The tremendous project has cleared a significant hurdle, with the African Export-Import Bank completing a due diligence study allowing it to proceed with a $500 million syndicated funding program.

As of mid-September, some work has started on the platinum mine, while $100 million spent to date including exploration costs. As an illustration, a significant amount of investment will now be needed if Great Dyke Investments (GDI), owned by Russia’s Vi Holding and Zimbabwean investors, is to complete the $2 bn project.

Alex Ivanov, GDI’s CEO, has commented on the new cooperation in response to emailed questions.

“The project funding structure envisages participation of various types of equity investors as well as lenders,” Ivanov wrote. “The specific stake to be acquired by potential investors would largely depend on their overall appetite for the project,” the Russian representative added.

While Mr Ivanov confirmed the completion of the due diligence program and said he expects the funding to be in place by year-end, his Zimbabwean counterparts from the Afreximbank declined to comment, citing client confidentiality.

TheDarwendale project, which lies 65 kilometres from the capital Harare, is central to the Zimbabwean government’s plans to revive its fragile economy. While the African nation has the world’s third-biggest platinum reserves after South Africa and Russia, it remains one of the poorest country ever.

Under such circumstances, attracting of foreign investment is a must. It’s unable to pay its debt to multilateral organizations such as the World Bank and has been criticized by potential lenders for its poor economic management and human rights abuses.

In September, some works have started. The miners drilled for ore samples while others constructed roads needed for earthmoving equipment. According to Ivanov, training of crews to operate that equipment was also taking place.

For Zimbabwe, the joint project with Russians is extremely important. Commissioning of the mine could begin in 2023 if funding is forthcoming. When complete it is expected to produce 860,000 ounces of platinum group metals and gold a year.

If successful, GDI will join South African companies Impala Platinum Holdings Ltd. and Anglo American Platinum Ltd. in producing the precious metal in the company. Karo Mining Holdings Ltd., a Cypriot company, is also planning to develop a large platinum mine in Zimbabwe. Platinum, along with gold and diamonds, is a key source of foreign exchange for Zimbabwe.