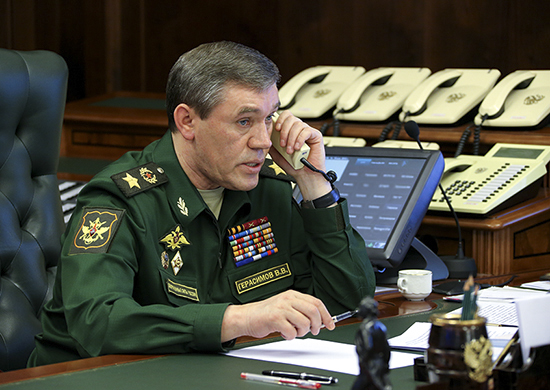 Valery Gerasimov, chief of General staff of Russia, and his Turkish counterpart have discussed on the phone the latest developments in the fragile province in northwestern Syria, Yeni Safak reported on Friday.

Russian and Turkish military chiefs have exchanged the information on Idlib where a de-escalation zone was set last month. Since then, the northwestern part of Syria remains a special attention area, the Turkish army said on Thursday. Turkish troops are in Syria’s north-west as part of an anti-terror and peace mission.

During a phone call, General Yasar Guler, Turkey’s Chief of General Staff and his Russian counterpart have also exchanged views on the current issues and tasks to be done, including the humanitarian aspect. Since mid-January, Idlib is nominally a cease-fire zone, under a deal between Turkey and Russia.

The city of Idlib has been a stronghold of the opposition and anti-Assad armed groups since the outbreak of the Syrian civil war in 2011.