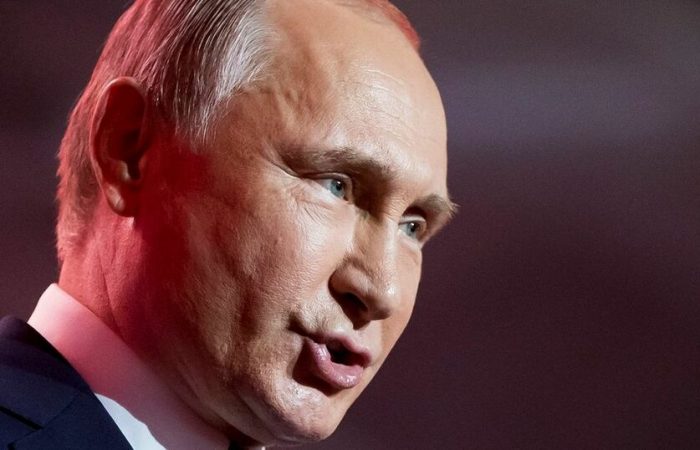 The Russian leader Vladimir Putin on Wednesday called for calm in the natural gas market, while critics in Europe blame Kremlin for record spikes in prices ahead of winter.

Addressing at an energy forum in Moscow, President Putin stressed that it was critically important to “suggest a long-term mechanism to stabilise the energy market” in a difficult situation.

While Europe is facing a gas crisis leading up to the coldest season of the year, a surge in prices and depleting reserves is a new reality. In 2021, demand is rallying as economies ramp up after the end of the lockdowns and there are dips in supplies from renewables like wind.

Some in Europe are blaming Russia for the increase in gas prices, saying Russia is intentionally not boosting supplies to pressure Europe for more long-term contracts and for the certification of the controversial Nord Stream 2 pipeline.

Commenting on such allegations, Putin on Wednesday blamed “systemic flaws” in the European energy market and brushed off the criticism, reiterating that “some try to pass their errors on to others”.

Over the decades, Russia supplies more than a third of European gas, and a speedy launch of its Nord Stream 2 pipeline would help combat the surge in prices. But critics charge that the pipeline would deprive Ukraine of transit fees. Moreover, Ukrainian President Zelensky called on Europe to develop a “common long-term vision of Europe’s energy security”.

Russia’s Gazprom has also not booked additional gas transit capacity via Ukraine to Europe for October, raising questions. Moscow denies it is pressuring customers, saying it needs to fill its own reserves for the winter before sending supplies on to Europe.

But the UK gas prices surged last week to record peaks are demonizing Russia again, 9News says. The European crisis has also been exacerbated by a lack of wind at turbine sites, coupled with ongoing nuclear outages. Despite its eco-friendliness, EU green energy is not able to become an alternative to the old-fashioned coal power.

“If there are requests, that will only be via the establishment of new contractual obligations,” Shulginov explained, describing Russia as a “reliable supplier”.