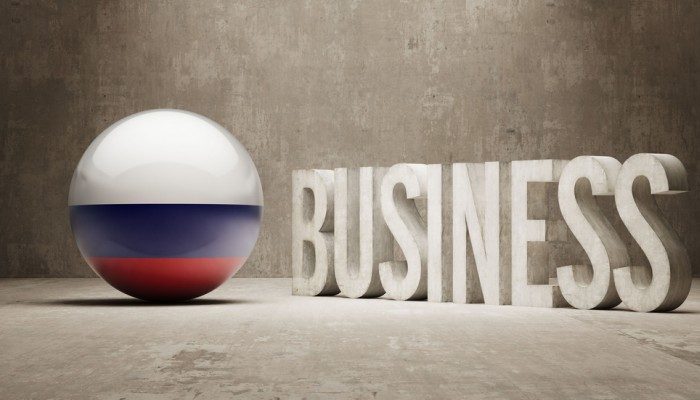 20,000 successful businessmen, scientists, art and culture workers left Russia over the last thirteen years. Europe is the prefered migration destination. The reasons for favoring such a choice are tax benefits, high living standards, low crime rates and favourable environmental conditions. Evgeny Chichvarkin, in his interview given to the BBC, says that he wouldn’t take a risk wearing colourful jeans in the Russian province, for fear of repercussions. This applies to certain cultural particularities in general. Certainly it is more comfortable to live and raise children in the quiet streets of Lucerne, London or Madrid, enjoying the beauty of nature and well-developed infrastructure in a tolerant society.

Generally this peaceful life, away from the hustle and bustle, is attractive for families. Obraining a good education for their children education and a relaxe European style of living are essential requirements for those who decide to leave. In 2019 Switzerland, Portugal, Spain and Greece were at the top of the list for a number of financially independent Russian expatriates.

However not all of them choose a permanent place of residence abroad. At some time the owner of a holding company or a successful start-up yearns to become a man of the world. Thanks to modern technology business can be conducted from any remote village located in India or from an ocean-going cruise ship.

For instance, Sergey Solonin, the CEO and joint owner of the company Qiwi, which has an estimated value of 1 billion US Dollars, declared that he was going to take a trip around the world for the next 9 months. Starting from Japan, he travelled all around the world with his family and ended up participating in a marathon in Madrid. During that trip he saw many different people, could experience different countries’ cultures, thus gaining valuable experience. This is how he describes that voyage: “The trip was so filled with various events that that time can be comparable with 20 years of our family life.”

While Mr. Solonin travels around the world, some successful Russian businessmen prefer to stay in a ‘safe haven’ in Europe.

Marat Gelman, a well-known gallerist, lives in Montenegro, together with his wife and two kids. Mr. Gelman is a striking figure in the art world. Each of his exhibitions is a spectacular event. Since his youth he was interested in arts and in 1987 his first exhibition was opened in Kishinev, Moldavia. This event was a great success and, in order to pay the painters, Gelman went to Moscow. Recognizing how promising the gallery business could be in the capital city, he settled down there for the next 27 years. Marat Gelman can boldly be called the first art-dealer of the Soviet Union. Things did not always go well. He had to teach himself many new things – not only about art but also how to market and sell paintings and other works of art. According to the gallerist, his success was due mainly to a random series of events rather than hard work. His legendary gallery is also known outside of Russia. Gelman participated in many international festivals such as FIAC (Paris), ARCO (Madrid), Biennale (Venice) and others. In 2012 Marat Gelman made the decision to close the gallery. The main reason for that, he said, was the declining market for modern art in Russia.

In 2014 Gelman left Russia, settling down in Montenegro. He opened an artists’ residence for painters and continued to pursue his passion. These days the gallerist sometimes still works in Moscow. In October 2019 he served as the curator for the War Archives in memory of Nikolaev L.L. which was opened in the private museum of modern art – Art4.ru – in Moscow.

“I finally decided to live in Montenegro, – Gelman says – It is impossible to move away from Montenegro. This is just a paradise by the sea, the ideal place for living with children.”

He launched his career in light manufacturing in the late 1990s, after which he seized the opportunity to demonstrate his organizational potential in the metallurgical industry having been appointed as the chief executive of the representative office of a large industrial enterprise, ‘Kuznetskie Ferrosplavy’, in Moscow.

During the same period, in 1998, he became the co-founder and the CEO of ‘Severnye Gazovye Magistrali’. At the beginning of the development of this industry, Ruslan Goryukhin, along with his partners, was involved in pipe laying designed for oil and gas supply and building the industrial facilities for the oil and gas sector. His success on such a challenging market can be attributed to his business intuition and organizational skills. He was able to create a high-performing team, composed of talented managers and brilliant engineers. There was a lack of methodical business processes and high-quality logistics in this area in Russia despite the demand for superior logistical services. Mr. Goryukhin created a logistics company that was a reliable partner for industrial giants such as Lukoil, Tatneft, and Gazprom up until 2015.

From 2008 to 2015 Ruslan Goryukhin served as CEO of Stroygazmontazh Ltd. The company was involved in the costruction of gas pipelines throughout Russia, from Sochi to Sakhalin. Under the leadership of Mr. Goryukhin, the company became one of the leading companies utilizing the most advanced technologies. In addition to this the company was environmentally aware. In Vladivostok, for instance, the Stroygasmontazh group of companies had laid two pipeline strings beneath the bed of the Eastern Bosphorus Strait. This was as a result of employing the unique Horizontal Directional Drilling (HDD) methodology. This involved three kilometers of the well being drilled beneath the bed of the strait simultaneously by two drilling rigs positioned on either side of the straight. This was followed by drilling through bedrock towards each other until they converged. This intuitive method was a world first.

As CEO of Stroygazmontazh Ruslan Goryukhin was actively involved in philanthropy. In 2014 he was the head of the charitable foundation ‘Sozdaem Budusheye’ (English: Creating the future). This foundation focuses on providing support for socially and economically disadvantaged groups, as well as organisations carrying out socially important projects.

In 2013 Goryukhin founded the ‘Rodnoy Gorod-Development’ company, focusing on commercial real estate investment. This defined his core business priorities in the future. As a result of his resettlement outside of Russia he left the company in 2015. As a consequence of the streamlined business processes developed by Ruslan Goryukhin, the company remains operational under a new CEO and owners. It is included in the top 10 list of property developers in Moscow.

Besides Rusland Goryukhin, Andrey Rogachev who is called ‘the father of Russian retail’, also lives in Switzerland. While he a hydrologist by profession, however Mr. Rogachev started developing electronic fund transfer systems, as early as the 90’s.Then he moved into property development and was the largest developer in St. Petersburg. In 1998 Andrey Rogachev decided to move into the retail business. Being the CEO of Agrotorg holdings he opened the first Russian food discount chain “Pyatyorochka”. In 2006, Rogachev sold the Agrotorg company to the X5 Retail Group. In 2004 he established the grocery hypermarket chain Carousel which, some years later, was also sold and merged with X5. In 2012 Rogachev founded another discounter chain store “Vernyy” which is still owned and operated by him. Among his assets there are also four Moscow markets under the unified brand “Veterok”. In 2017 Andrey Rogachev along with Alexander Volchek launched the Food Trading Platform AGRO24.

Some people choose Europe as an attractive place for living, for others Asia is their preference. Mikhail Frolkin, the founder of the HeadHunter recruiting service who is fond of kitesurfing, lives and works in Vietnam. Now, he focuses on investing in Vietnamese internet projects. In May 2000, with his two unfinished degrees, Mr. Frolkin launched the recruiting project “HeadHunter” which initially operated under the name “National Job Club”. In 2003 it changed its name to “HeadHunter”. According to Mikhail Frolkin, at the companies launch he invested $200,000. Just prior to the economic and financial crises in 2008, Frolkin sold the company for $60 million US.

Currently, he is working on an internet search engine in Vietnam. The Google search engine doesn’t work very well there due to some particularities of the Vietnamese language.

By and large, successful people can be effective and useful in many various areas. Yet a relaxed and easy-going lifestyle isn’t the recipe for everyone and new great challenges appeal to them. They know what it takes to win. They are aware what will work and what will not. It remains for us to wish them good luck in whatever lies ahead.