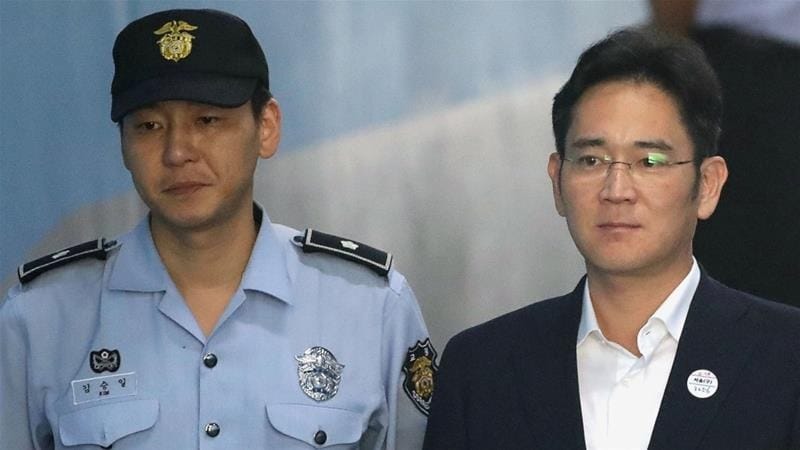 The South Korea court’s verdict in regards of Samsung heir Lee Jae-Yong is made – the 49-year-old found guilty in corruption actions, in which was involved the top officials. This week, Samsung’s billionaire heir-apparent Lee Jae-yong sentenced to five years in prison for bribery.

Lee case has gripped the public amid growing anger against South Korea’s biggest companies, known as chaebols. Moreover, Lee was accused of embezzlement and hiding assets overseas but he denied all charges.

The controversial donations lead Lee Jae-Yong to the jail

The South Korea court and the investigators have found that the 49-year-old Lee was involved in the financial operations, which looked like the donations to the NPO. But the fact these non-profit structures were linked to the Choi Soon-sil, a close friend of South Korea’s ex-President Park Geun-hye, became an alarm for the police. In fact, Lee bought the political favours for his generous donations, in total, $36 million.

The lawyers of Lee insisted that the payments were signed off without his knowledge and they would appeal against the court’s decision – under South Korean law, sentences of more than three years cannot be suspended. Thus, Samsung heir’s five-year sentence is one of the longest prison terms given to a South Korean businessman ever.