Slovalco plant to stop primary aluminum production due to electricity prices
Bulgaria temporarily bans timber exports to third countries
Polish PGNiG, left without Russian supplies, took a loan of €1 billion to buy gas
Chinese Foreign Ministry spokesman Zhao Lijian reminded the United States of their crimes in Iraq and Afghanistan
China sent 21 aircraft and 5 ships to Taiwan
Tonight, residents of Narva brought flowers to the site of the demolished monument to the T-34 tank
Armenian Foreign Ministry received a protest from the Russian embassy
British Air Force suspends admission of white men for the sake of women and minorities
Due to the crisis of green policy in Germany, the price of electricity has increased 10 times
US deploys B-52 strategic bombers for exercises
Our choice
President of the National Bank of Poland: Germany decided to return former lands within Polish borders
55311 0
US intelligence agencies record an increase in threats against the FBI due to searches at Trump’s
42244 0
British authorities allowed to reopen the largest Rough gas storage
36874 0
US First Lady Jill Biden tests positive for COVID-19
35442 0
German authorities accused Poland of poisoning the Oder river with mercury salts.
34547 0
BNA head Müller says Germany’s gas storage facilities are 75 percent full
32936 0 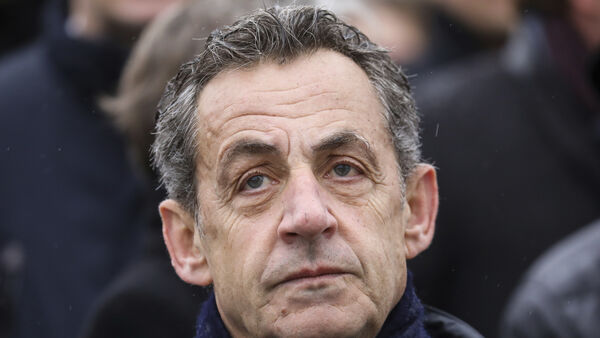 Nicolas Sarkozy will serve the sentence at home by wearing an electronic monitoring bracelet. The ex-president of France has been convicted and sentenced to one year of house arrest for illegal financial operations during his unsuccessful 2012 re-election campaign.

As the verdict says, France’s president from 2007 to 2012 serve the sentence at home by wearing an e-monitoring bracelet. Initially, prosecutors have requested a six-month prison term, as well as a six-month suspended sentence and a fine of EUR3,750. Sarkozy can appeal against the decision but he denied any “fraudulent intent”.

Sarkozy had vigorously denied wrongdoing during the trial in May and June. He can appeal the decision, which would suspend the sentence.

He is accused of having spent almost twice the maximum legal amount of EUR22.5 million on the re-election bid that he lost to Socialist Francois Hollande.

The court stated that Sarkozy “knew” the legal limit was at stake and “voluntarily” failed to supervise additional expenses.

The former French President also insisted he did not handle the day-to-day organisation because he had a team to do that and therefore could not be blamed for the amount of spending.

The company Bygmalion faced charges including forgery, breach of trust, fraud and complicity in illegal campaign financing, The Irish Examiner reports. Prosecutors have requested mostly suspended prison sentences, and up to one year in prison for Bygmalion’s co-founder.

Sarkozy retired from active politics in 2017 but is still a key figure behind the political scenes. Carla Bruni’s husband was not present at the Paris court for the ruling.