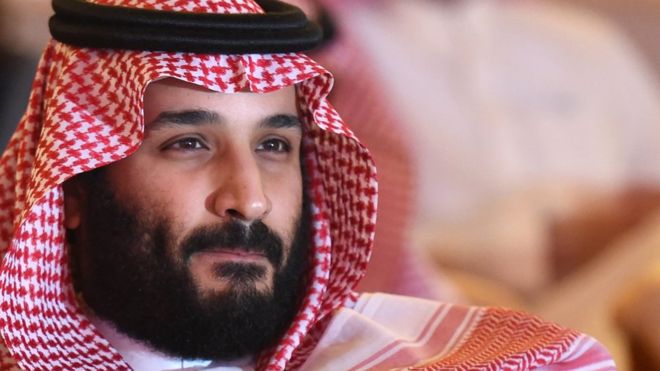 The public offering IPO is part of Saudi Crown Prince Mohammed bin Salman’s plan to wean his kingdom off oil and diversify the economy. But getting the massive IPO off the ground has been an arduous process full of false starts.

On Friday evening, Saudi Aramco officials and advisers have held last-minute meetings with investors in an attempt to achieve as close to a $2 trln valuation as possible ahead of an expected listing launch on Sunday.

The Capital Market Authority of Saudi Arabia said in a statement Sunday that it has approved an application to list shares in Saudi Aramco. It did not say when the highly-anticipated IPO would take place or give details on its size.

Under current circumstances, estimates of how much the flotation will raise vary widely.

Crown Prince reportedly wants the deal to value Aramco at $2 trillion; analysts peg it no higher than $1.5 trillion. Selling even 1% of the company at the bottom of that range would fetch $15 billion, while selling 2% at the top could generate $40 billion, eclipsing the record $25 billion IPO by Alibaba in 2014.

The prospectus for the IPO of Saudi Aramco will be issued on Nov. 9, CEO Amin Nasser confirmed on Sunday.

Saudi Arabia is looking to list a 1%-2% stake on the Saudi stock market to raise at least $20 billion-$40 billion. If the deal exceeds $25 billion, Aramco will become the biggest IPO in the world, topping Alibaba’s $25 billion IPO in 2014.

Although Crown Prince Mohammed put a $2 trillion valuation on the company in early 2016, bankers and company insiders say Aramco’s value is closer to $1.5 trillion.

At that price, Saudi Arabian oil giant would still be worth at least 50% more than the world’s most valuable companies owned by Gates and Bezos, which each have a market capitalisation of around $1 trillion.

Saudi Arabia Crown Prince wants to eventually list a total of 5% of the company. An international sale is expected to follow the domestic IPO.