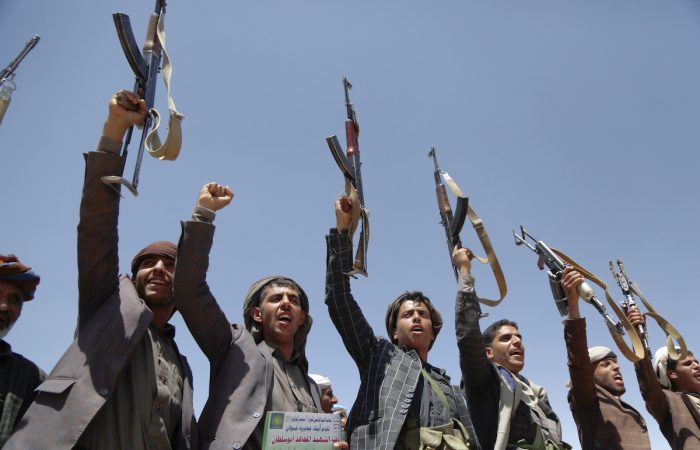 Earlier, Prince Khalid Bin Salman wrote a series of tweets, in which he described Saudi’s aspirations. Houthi’s announcement about the truce could become the most anticipated news for the weeks. “We are completely with the Yemenis,” the Saudi Arabia royals said.

“We look positively at the truce announced by Yemen because this is what we have been seeking. We hope it is really implemented,” Saudi Prince concluded.

However, the royal understands that “the reports by the Iranian regime regarding a truce in Yemen, and linking it to its attempts to solve its current crises, is a cheap exploitation of Yemen and Yemenis after it had ignited the crisis and continued to aggravate it.”

According to Prince Khalid, the Iranian regime of seeking to exploit Yemen, to serve its own interests, while also simultaneously degrading the Yemenis.

Iran has several times denied its involvement in Yemen and its internal affairs, stressing that it is supporting a united Yemen. This week, Crown Prince Mohammed Bin Salman called again for Iran to cut its financial support for the Houthis in Yemen.

Saudi Arabia has agreed to a ceasefire with Yemen’s Houti

The ceasefire in Yemen could become an important milestone in the process of bringing peace to Yemen. On Friday, Saudi Arabia has agreed to a ceasefire with Yemen’s Ansar Allah group known as Houthi in four regions of Yemen.

The agreement includes a ceasefire in the capital Sanaa, held by the Houthis, the US media reported. However, relevant sources have confirmed that the truce could possibly extend to cover other parts of the country, if sustainable.

The WSJ believes that the Houthi initiative could reassure Saudi Arabia and the US that the group is seeking to distance itself from Iran.