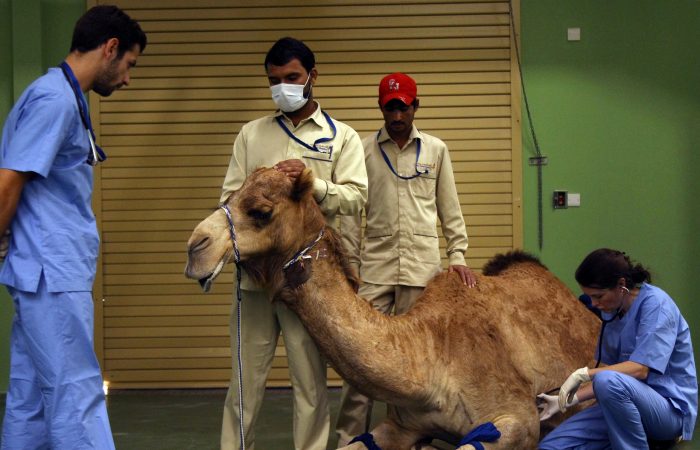 Salam Veterinary Group’s camel hospital is one of only a few in the world dedicated to camel care, treatment and research. The governor of Qassim region has toured the facility upon its opening. The royal said that similar camel hospitals are also work in Dubai since 2017 and Qatar.

Qatar opened a hospital and breeding centre in 2015. Four years after opening, it expanded its capacity by 50 percent to meet rising demand. Now, the camel hospital is able to treat more than 30 camels at once.

In the Arab World, camel dairy farming has evolved as an alternative to traditional dairy farming in the region. According to a recent report by the IMARC Group, the GCC camel dairy market was worth $447.9 million in 2018 and is projected to reach over $661 million by 2024, rising by 6.9% during 2019-2024.

Saudi Arabia is known for its camel festivals, racing

In 2011, there were an estimated 1.6 million camels in the Arabian Peninsula, with 53 percent found in Saudi Arabia, according to figures from the Food and Agricultural Organization. In the UAE, there are an estimated 300,000 camels.

Camels in Saudi Arabia are bred for racing, and that business has become more organized in recent decades. In the UAE, the former ruler of Abu Dhabi Sheikh Zayed bin Sultan Al Nahyan oversaw the construction of several racetracks.

In addition, camel festivals attract thousands of visitors to watch races where millions of dollars trade hands as buyers look for the most attractive camels. In 2018, nearly 26,000 camels participated in the Camel Mazayen contest at Saudi Arabia’s month-long King Abdulaziz Camel Festival in Riyadh that crowns the most beautiful camel.

Some camel owners even have plastic surgery performed on their animals, such as botox injected into the camel’s lips to make them appear fuller, but event organizers consider this inhumane and do their best to monitor for such treatment of animals.