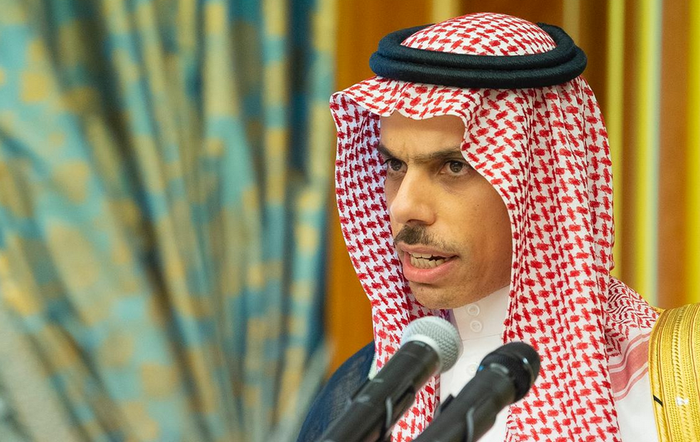 The Iraqi parliament has voted to end the military presence of all foreign troops in the country, while its neighbour Saudi Arabia has voiced support the US presence in Iraq, Andalou Agency reported.

Saudi Arabia’s Foreign Minister Faisal bin Farhan believes that the departure of US troops from Iraq “will make the region to become less safe” and fragile. During his interview to CNN late Monday, the top Saudi diplomat stressed that the US presence in the region played a key role in defeating jihadist nests. Moreover, the American military presence was important to prevent the resurgence of terrorist elements in Iraq and the region at all.

For the Iraqi parliament, the new year has started with the important decision to end the military presence of all and every foreign troop in the country, including the U.S., however, five days after the local political conjuncture has changed.

On Jan. 10, Iraqi PM Adel Abdul-Mahdi called Secretary of State Mike Pompeo to demand the U.S. to send a delegation to Iraq to establish a mechanism to withdraw its forces from Iraq.

According to the official response made by the State Department, any delegation sent to Iraq “would be dedicated to discussing how to best recommit to our strategic partnership — not to discuss troop withdrawal.”

As of today, at least 5,000 U.S. soldiers are deployed in several American military bases across Iraq.

On Monday late, Saudi Arabia’s Foreign Minister Faisal bin Farhan said that Washingon has proven again that it is a reliable ally to the Kingdom and “this is also the case with the Trump administration.”

“We are doing well with President Trump, the [U.S.] Department of State and the Pentagon, and we are coordinating on security issues in the region,” the top Saudi diplomat added.

He also confirmed that he agreed with Mike Pompeo that the region had become “safer” after General Qassem Soleimani’s death.