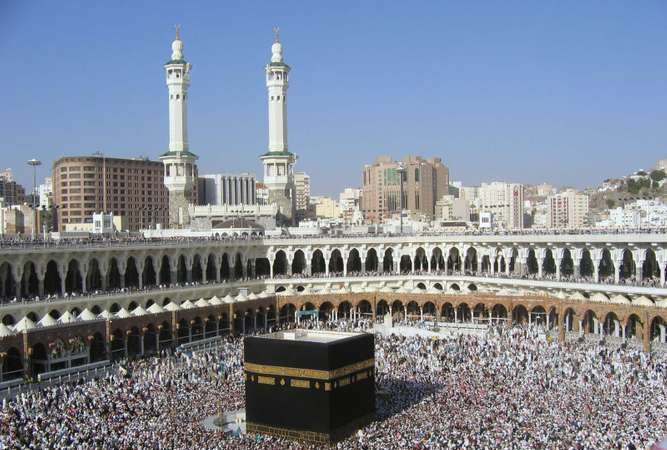 Saudi Arabia is keeping the epidemiological situation under control during the important period of time, Ramadan. To curb the spread of the novel pathogen, the authorities have suspended Tarawih prayers at the two holy mosques in Mecca and Medina.

In a bid to control the coronavirus spreading, the two holy mosques in Saudi Arabia were closed for prayers. This year, the pilgrimages are also suspended due to COVID-19. For Muslims, these two the holiest places in Islam, will have Ramadan prayers but without worshippers as a precautionary measure and to intensify disinfection operations.

As the presidency wrote on Twitter, Tarawih, special night prayers performed during the holy month, will be held without public attendance at the Grand Mosque and the Prophet’s Mosque. According to Abdul Rahman As-Sudais, president of the General Presidency for the Affairs of the Two Holy Mosques, in 2020, the gathering of people is just impossible due to the novel pathogen outbreak.

Tarawih will be performed mainly with staff, As-Sudais added in a statement on Twitter. The statement also said that i’tikaf — the Islamic practice of secluding oneself in the mosque to pray — has been cancelled at both mosques in Mecca and Medina. This year, Umrah will remain suspended until further notice, the presidency added.

Great Mosque of Mecca will be waiting for prayers

Great Mosque of Mecca, known as Holy Mosque or Haram Mosque, built to enclose the Ka’bah, the holiest shrine in Islam. As one of the destinations of the hajj and ʿumrah pilgrimages, it receives millions of worshippers each year. The oldest parts of the modern structure date to the 16th century.

Saudi Arabia, one of the wealthy countries of the world, has enough resources to fight against coronavirus and to prevent pathogen’s spreading. So far, COVID-19 has spread to almost 2000 countries and territories since emerging in the Chinese city Wuhan last December, with the U.S. and Europe now the hardest-hit areas.

According to the health ministry of Saudi Arabia, as of Tuesday, there are 10,484 coronavirus cases in the country. The deaths toll is 103, while a number of recovering reached 1,490.