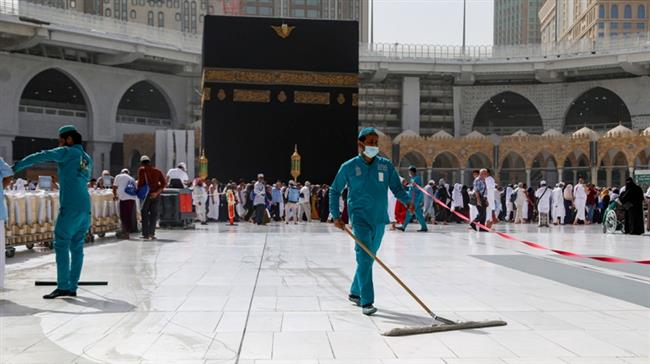 Saudi Arabia confirmed its temporarily ban of Umrah pilgrimage over concerns of the spread of COVID-19. People were also barred from “visits to the Prophet’s Mosque in Medina”, as Foreign Ministry said.

Saudi Arabia insists that Umrah pilgrimage in Mecca or visiting the Prophet’s Mosque in Medina amid the rapid spread of a coronavirus is a bad idea. The kingdom citizens banned from performing the annual religious trip.

The new coronavirus originated in China can cause various symptoms ranging from those of the common cold to more severe diseases such as pneumonia. However, the strong immunity could ease disease, the main symptoms of which are traditional for flu. They include fever, cough, shortness of breath, and various respiratory complications.

On Wednesday, the Saudi Interior Ministry issued the statement carried by the official Saudi Press Agency that the kingdom had decided “to suspend Umrah temporarily for citizens and residents in the kingdom.”

The aim is to “limit the spread of the coronavirus and prevent its access to the two holy mosques, which are witnessing permanent and intense crowds, which makes the issue of securing these crowds of utmost importance,” a spokesman for the Saudi Interior Ministry explained.

The measure was taken as many nations across the globe are grappling with a growing coronavirus outbreak originating from Wuhan, China.

There are concerns that Saudi Arabia — which receives nearly 7 million Umrah pilgrims every year — is not being transparent about how badly it has been hit by the virus.

Coronavirus is spreading in the Gulf countries

While the World Health Organization (WHO) has confirmed more than 93,000 cases worldwide, the novel infection is spreading in the Middle East. As of today, the death toll has reached 3,110 globally.

Saudi Arabia only confirmed its second case on Wednesday, claiming the victim — a Saudi national had returned from Iran via Bahrain. Riyadh alleged that the Saudi citizen was accompanied by another person who was declared the kingdom’s first case of the coronavirus on Monday.

Riyadh’s last week decision to ban Umrah alone disrupted travel for thousands of Muslims already headed to the kingdom and potentially affects plans later this year for millions more ahead of the holy fasting month of Ramadan and the annual Hajj pilgrimage.

In Iran, it first showed up in the north-central city of Qom — a pilgrimage destination. COVID-19 has killed 92 people and infected 2,922 others in Iran as of late Wednesday.