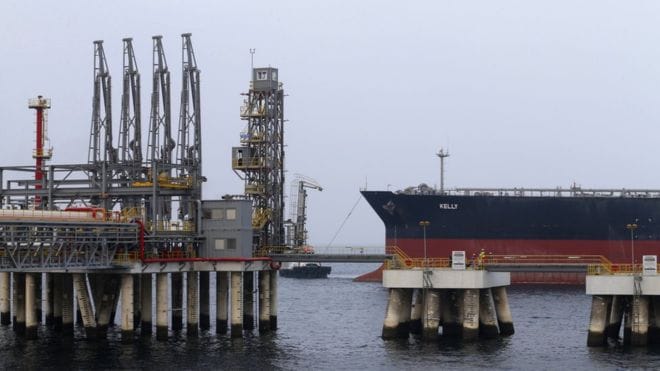 The Saudi Arabia’s energy minister said that two oil tankers were damaged significantly in a result of the sabotage attack off the coast of Fujairah in the United Arab Emirates (UAE), the official Saudi Press Agency reported.

The incident with two oil tankers under Saudi flag could threaten the security of global oil supplies, said Saudi energy minister Khalid al-Falih on Monday. One of the two tankers was on its way to be loaded with Saudi crude oil bound for customers in the US. The attack did not lead to any casualties or an oil spill but caused significant damage to the structures of the two vessels, Mr al-Falih confirmed.

On Sunday, the UAE foreign ministry said four commercial vessels were targeted by “sabotage operations” near its territorial waters but gave no details of the nature of the sabotage. Hours later, Iranian and Lebanese media outlets aired false reports of explosions at a nearby Emirati port. The unhealthy scoop is the worst thing could happen when it is aboout oil trade and international relations.

«Two Saudi oil tankers were subjected to a sabotage attack in the exclusive economic zone of the United Arab Emirates, off the coast of the Emirate of Fujairah, while on their way to cross into the Arabian Gulf,» Mr Falih’s statement reads.

The Saudi official reiterated that the international community has a joint responsibility to protect the safety of maritime navigation and the security of oil tankers. The government of the emirate of Fujairah, UAE, denied media reports that there had been explosions at its port On Sunday. Meanwhile, the US maritime authorities have urged caution when travelling in the area.