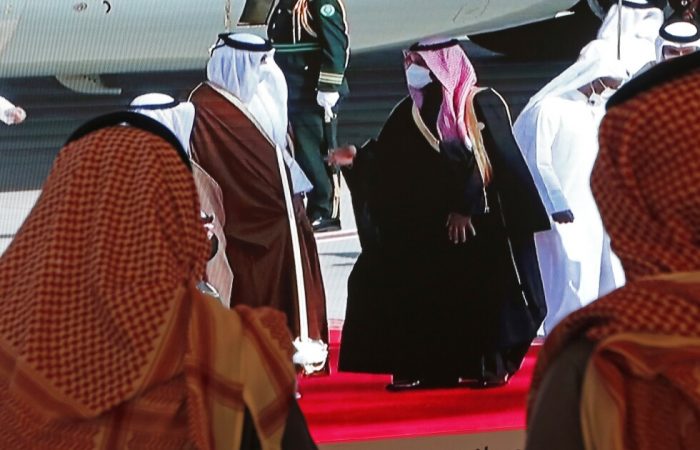 Saudi Arabia has relaunched the cooperation with Qatar after a four-year-long pause caused by the blockade. Upon arrival on Wednesday to Qatar’s capital city, Saudi Crown Prince Mohammed bin Salman opened a new era in the diplomatic and economic relations.

Saudi Arabia’s de facto ruler Mohammed bin Salman (MbS) kicked off his Gulf tour, marking his first visit to Qatar after the two nations cut ties four years ago. MbS was greeted by the Emir of Qatar Tamim bin Hamad al Thani, with whom he will hold talks. Saudi royal’s tour comes while a flurry of diplomacy occurs to resolve regional disputes, especially with Iran and Turkey.

In 2017, Saudi Arabia, the Bahrain and the UAE cut all links with Qatar, alleging it backed radical Islamist groups and was too close to Riyadh’s rival Tehran. Despite Doha denied all allegations, the country used to live in the blockade. But relations were fully restored in January after a landmark summit in the Saudi desert city of al-Ula.

Prince Mohammed arrived in Doha after a visit to the UAE, where he met with Abu Dhabi Crown Prince Mohammed bin Zayed and attended the site of Expo 2020.

Commenting on the historical visit of MbS to Qatar, the two foreign ministries have released a joint statement on Wednesday, saying they were committed to “enhancing the unity and stability of the Gulf Cooperation Council”, which includes Saudi Arabia, the UAE, Bahrain, Kuwait, Oman and Qatar.

The Saudi prince had arrived in the UAE from Oman, where the two sides signed agreements potentially totalling $30 billion, and will also visit Bahrain on Thursday and then head to Kuwait.