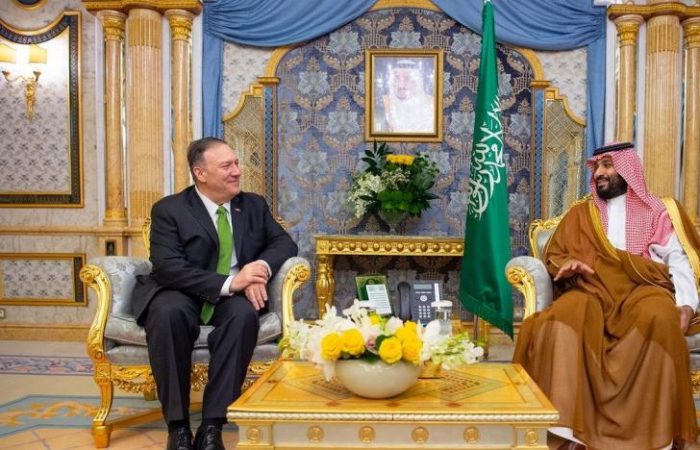 Saudi Crown Prince Mohammed bin Salman welcomed on Wednesday Mike Pompeo upon his arrival in Jeddah, Asharq Al-Awsat reported. Kingdom’s deputy prime minister and minister of defence together with the US top official have discussed the recent attacks on Aramco facilities.

The US Secretary of State Mike Pompeo stressed the White House has condemned the attacks against Saudi Aramco’s oil facilities in Abqaiq and Khurais. According to Pompeo, Iran was behind the incident that caused a stir in both business and diplomatic circles.

The US Secretary of State assured Prince Mohammed that Washington supports Saudi Arabia’s invitation of international experts to probe the source of the attack. Earlier, the Saudi Ministry of defence had presented evidence of Iranian weapons that were used in the attack last wee in Abqaiq and Khurais.

During a discussion of the latest developments, Mr Pompeo also highly appreciated the Saudi leadership and its keenness on the security and stability of the region. The top American official also had described the attack against Aramco as an “act of war”.

For his part, Crown Prince Mohammed said the attacks aimed to destabilize the region and harm the global economy and energy supplies.