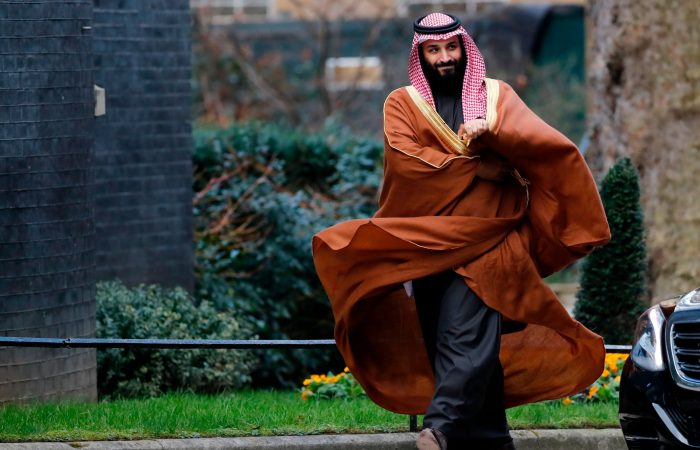 Saudi Arabia Crown Prince warns the kingdom has largely eradicated extremism but calls for respect for religious figures, The National News reports. The bombing at the Armistice Day commemoration in Jeddah wounded at least two people, including a Greek policeman and a Saudi official.

Mohammed bin Salman, the de-facto Saudi ruler, says his country is ready to strike with an «iron fist» against terrorism and all kinds of extremism. In an address to the Shura Council Thursday, the Saudi royal warns terrorists of ‘iron fist’ after a bombing against a gathering of western diplomats. ISIS said it was to protest against the cartoons of the Prophet printed by Charlie Hebdo.

Saudi Arabia prepares for the G20 leaders’ summit in a couple of weeks, so, the attacks underscored Muslim anger over French cartoons of the Prophet Mohammed.

For Saudis, the safety and stability inside the country is a must, especially before the G20, the first to be hosted by an Arab nation. However, the bomb blast targeted a World War I commemoration at a non-Muslim cemetery in Jeddah on Wednesday. Last week, another tragic incident took place when a guard at the French consulate in the Red Sea city was wounded by a knife-wielding Saudi man.

«We warn anyone who might think of committing a terrorist act and taking advantage of hate speech that stir peoples’ emotions that we will impose the most severe, painful and deterring punishment,» Prince Mohammed said.

The Saudi royal added that extremism is no longer acceptable in the Middle Eastern country today, it is no longer on the surface. In addition, Saudi people hope that the world desists from contempt of religions under the slogan of freedom of speech.

«Our work today is pre-emptive, we are going to continue to strike with an iron fist whomever dares to tamper with our security and stability,» Crown prince added o Thursday.