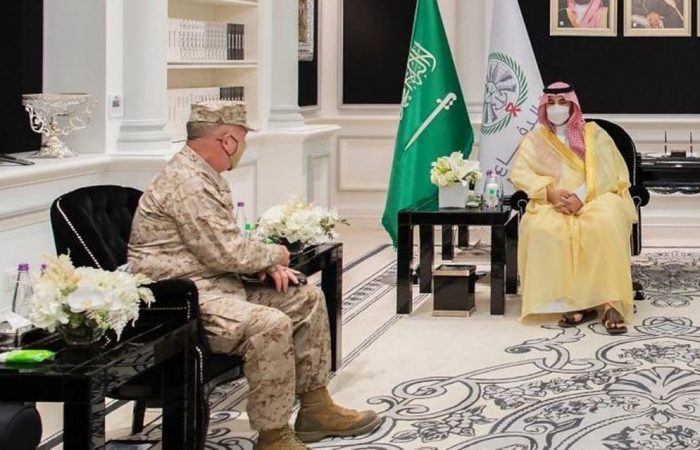 On Monday, the Arab Coalition said it had discovered and destroyed a marine mine planted by Iran-backed Houthis in the south of the Red Sea, Saudi state TV reported.

The officials have discussed the partnership between Saudi Arabia and the United States, in particular, in the defense and military aspects. During the meeting, the two sides were emphasizing their important role in maintaining international peace and security. Another key moment is promoting stability in the region.

Prince Khalid bin Salman has emphasized Kingdom’s recent developments in the region and the joint efforts made by the two countries for security and stability. Regarding recently discovered marine mine is Iranian made of the ‘Sadaf’ type, the Saudi-led coalition said.

The drills aimed to improve expertise, raise the level of joint combat readiness, and deepen the bonds of cooperation between Saudi and American forces, SPA cited the ministry as saying.