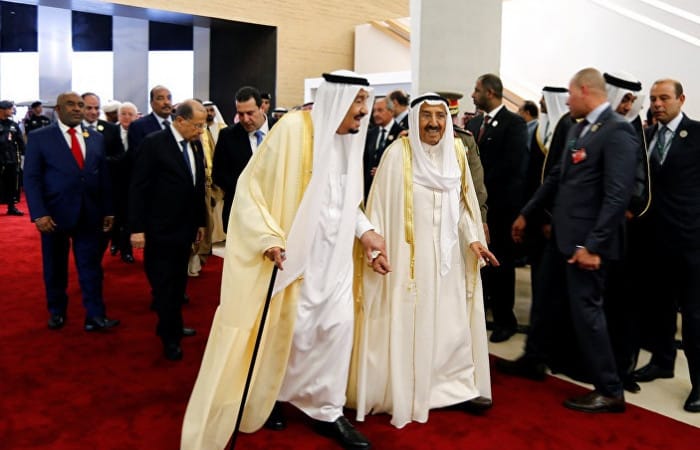 While Saudi Arabia does not officially recognise Israel, Prince Mohammed told US magazine The Atlantic that Israelis, like Palestinians, had a right to their own land.

Crown Prince said while his father has his own point of view.

In King’s opening speech at the Arab League summit on Sunday, Saudi leader criticised the US decision to move its embassy in Israel to Jerusalem but avoided any mention of Syria, just 24 hours after Western strikes against President Bashar al-Assad’s regime. Gulf Arab states have made massive donations to Syria but have not officially offered asylum to Syrians.

King Salman opened the Arab League summit by criticising US President Donald Trump’s decision to transfer the US embassy in Israel from Tel Aviv to Jerusalem.

“We reiterate our rejection of the US decision on Jerusalem,”

The move has sparked deep anger among the Palestinians – who see East Jerusalem as the capital of their future state – and across the Arab world.

The king’s speech in Dhahran in eastern Saudi Arabia and his announcement the multimillion grant made the headlines.

“East Jerusalem is an integral part of the Palestinian territories,”

Salman said and announced a US$150 million donation to UNRWA, the UN agency for Palestinian refugees. In mid-March, UNRWA head Pierre Krahenbuhl recently said the agency was seeking US$441 million to continue operating, but that donors had only pledged US$100 million.