Scarlett Johansson will star in the thriller, which is producing George Clooney. His company Smokehouse Pictures has won an auction for the film rights, the novel by Christine Mangan will step up onto big screen next year.

The Hollywood most famous blonde will take part in the set of the new thriller, the movie is adapted by Clooney and Heslov’s company and will be produced by his company too. Scarlett Johansson attached as a star.

The unreleased novel by Christine Mangan became a lit for an auction, where producers and companies were competitors for the film rights. The novel told the story of the young woman Alice Shipley. This character attempting to ‘leave both her past and her college roommate behind after the man she intends to marry suddenly dies.

The intrigue in the book is getting tighter because years later, Alice reconnects with the roommate, Lucy, and then Alice’s husband disappears. Thrilling mystery leaves Alice to wonder if Lucy is as dangerous as she thinks or whether she is imagining things. 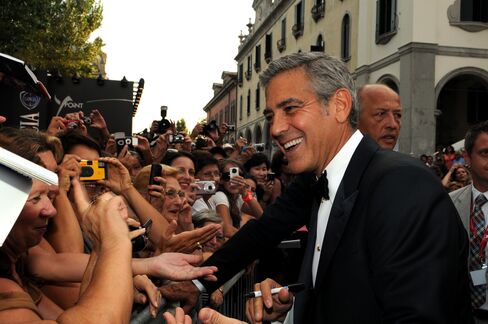 The Hollywood press knows only that ‘Imperative Entertainment’ partners Bradley Thomas and Dan Friedkin will produce the film alongside ‘Clooney and Heslov’. Other details like a release date, further casting information, or filming dates aren’t available yet, but the most important is the upcoming cooperation of George Clooney and Scarlett Johansson. They have worked together in ‘Hail, Caesar!’