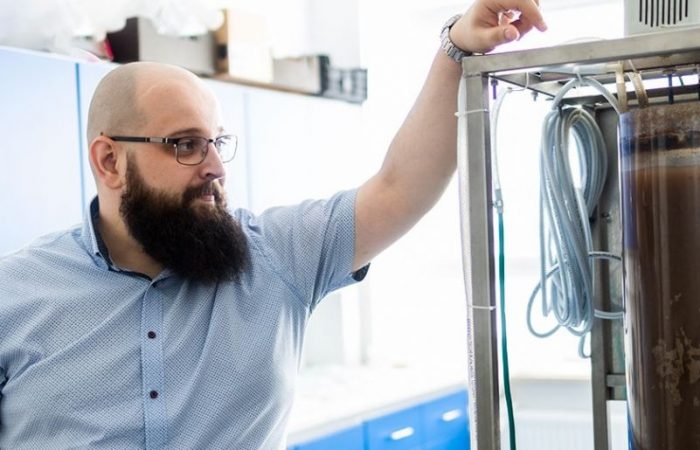 A faster method to clean wastewater was developed in Poland, now, all biological wastewater treatment processes can be carried out in a single device, PolandIn has learned.

the researchers from the Bialystok University of Technology have presented a faster method of biological wastewater treatment. The invention is fast, simple and does not require additional devices. According to the leading scientist, Dr Ofman, the developed method was sent to the patent office.

The Polish researchers focused on aerobic granular activated sludge. They tried to verify the relationship between the intensity of changes in nitrogen forms and the degree of granulation of the activated sludge.

According to an inventor, the biodegradation of broadly understood carbon compounds, forms of nitrogen and phosphorus, makes wastewater treatment easier. Compared to the methods used so far, the new one is much better and more effective.

The scientists used a sequential or batch biological reactor. “As a result, all biological wastewater treatment processes can be carried out in a single device,” the scientist explained.

In other words, the new method makes it possible to accelerate the formation of aerobic granules of the activated sludge. This innovation does not require the connection of additional devices, Dr Ofman reiterated.

The research became available after receiving a grant of over PLN 34,000 (EUR 7,470) from the National Science Center.