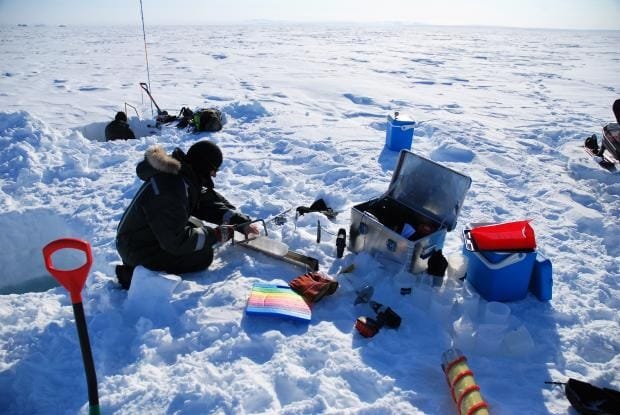 For Scandinavian scientists, the recent study of microalgae photosynthesis in the Arctic became a real surprise – climate change boosts algae growth in the coldest region, Science Nordic reports. The research team from the Arctic Research Centre at Aarhus University, Denmark, and the Arctic-Science-Partnership (ASP) have published the results in the Journal of Geophysical Research.

The scientists have found more than one meter of snow covering more than one-meter thick sea ice, we thought that no algae could possibly grow under such conditions. According to Kasper Hancke, Senior Researcher, Norwegian Institute for Water Research (NIVA), Norway, beneath the more than two meters of snow and ice covering the ocean, they discovered a small number of microscopic algae that had adapted to these extreme conditions.

Diatoms and picoalgae that reside on the sea ice and in small channels in the ice demonstrated that even in these dark and cold waters, they could harvest enough sunlight to drive photosynthesis and grow.

As the Arctic continues to warm еру the scientists expect that even more light will reach beneath the ice, boosting algae growth and kicking-off their spring bloom. Considering how quickly the Arctic is warming, this has big implications for Arctic ecosystems as more food becomes available earlier in the year to sustain the entire Arctic food web.

How fast algae growth in the Arctic: there is an answer

These algae were growing at an extremely low level of light, less than 0.17 μmol photons m-2 s-1, which is just 0.02 percent of the light at the surface. This is the lowest light level ever recorded for active photosynthesis and growth of ice algae, said Norwegian researcher Kasper Hancke from NIVA.In fact, we saw a rapid growth of ice algae biomass despite these extremely thick layers of snow and ice and weak light. Moreover, the algae grew far earlier in the year than we expected.