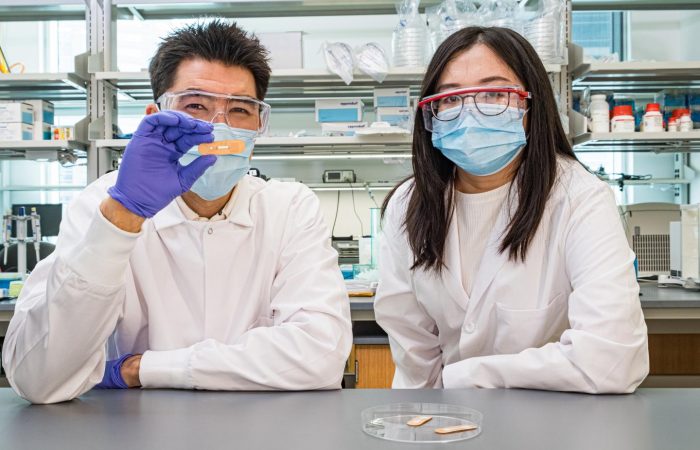 A simple microneedle patch similar to a bandage becomes the new way of detecting malaria, said the researchers from Rice University. The rapid test eases the burden of disease in poor nations, CGTN has learned. The findings published in the Nature journal Microsystems and Nanoengineering.

The researchers from Rice University have presented innovative rapid malaria test. The miniature device looks like a bandage and could cost about a dollar once the factories start producing it in bulk.

The idea of the rapid test is simple — 16 microneedles in the patch collect interstitial fluid from the skin, which contains several biomarkers that help detect infection like malaria. The positive reaction makes turn two readout lines on the strip’s exposed surface red while negative only one line turns red.

The disposable patches tests could cost about one dollar

The disposable patches could be programmed to detect other diseases, not only malaria but COVID-19, too. Peter Lillehoj, one of the researchers, assures that application of the patch to the skin is painless, so, even kids could be tested.

The World Health Organization (WHO) could benefit from a rapid malaria test. As of 2020, about 3.4 billion people in 92 countries are at risk of being infected with the disease. The most fragile id the African poor nations where more than 285,000 children died before their fifth birthdays in 2016.