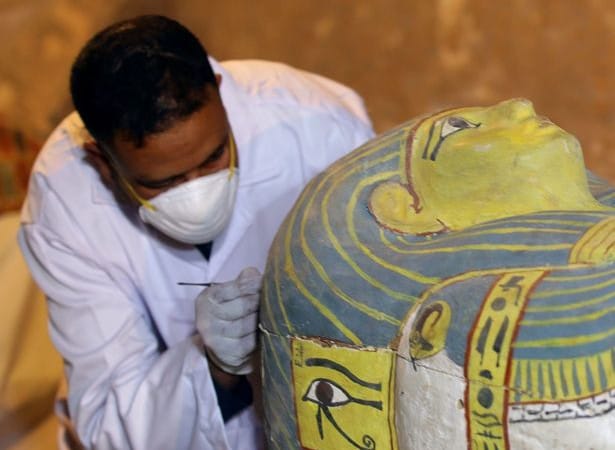 The 3,000-year-old sarcophagus was discovered in El-Asasef, Luxor by the international archaeological team, confirmed Egypt’s Minister of Antiquities Khaled Al Anani. This year, the excavation work on the bank of the River Nile is extremely successful for the scientists, Independence reported.

On Monday, the archaeological team in Luxor had for the first time opened a previously unopened sarcophagus, which belongs to the period of the 18th dynasty. the perfectly preserved mummy of the ancient women is a real success for the science, the coffin dates back to the 13th century BC, a period noted for some of the most well known Pharaohs, including Tutankhamen.

«One sarcophagus was rishi-style, which dates back to the 17th dynasty, while the other sarcophagus was from the 18th dynasty. The two tombs were present with their mummies inside,» Egypt’s Minister of Antiquities said.

Egypt is one of the African countries where the excavation work is never stopping. Among the most recent historical finds in the tomb were five coloured masks and around 1,000 Ushabti statutes – the miniature figurine of servants to serve the dead in the afterlife.

Located between the royal tombs at the Valley of the Queens and the Valley of the Kings, the El-Asasef necropolis is the burial site of nobles and senior officials close to the pharaohs. The tomb belonged to Thaw-Irkhet-If, the mummification supervisor at the Temple of Mut in Karnak, according to the Ministry of Antiquities.