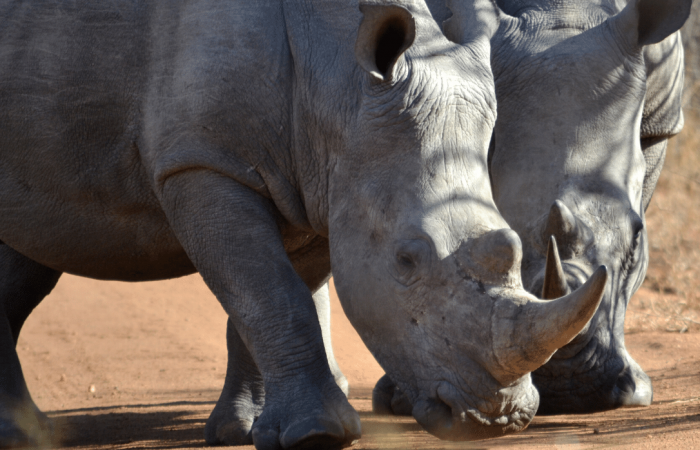 The scientists helped the conservationists to protect the rhinos. The faux horns made from silk and horsehair and are nearly indistinguishable from a real one, Springwise reports.

The science and conservation have joined their efforts in an exciting collaboration. The researchers from the UK’s University of Oxford and Shanghai’s Fudan University have created a fake rhino horn that looks identical to the native one.

The faux horn could help to keep rhinos from the poachers. With three of five rhino populations critically endangered and a fourth considered vulnerable, international trade policy is clearly not having much of an effect on poaching. Of course, the unconventional solutions such as faux horn is easy-to-produce fake may prove more effective.

The man-made rhino horn has already survived thermal and infrared analysis, as well as mechanical tests. The inexpensive combination of horsetail hairs just glued together with regenerated silk, scientists explained.

The team of Chinese and British researchers recently published their findings, with an exhortation to “fool punters into buying it in replacement or indeed in preference to the real, and extremely expensive, rhino horn”, which they aim to do by flooding the market with the fakes.

Thanks to the innovations, the creative applications of hi-tech and creativity across sectors may be the most effective way of ensuring rapid change, in such a situation where time is of the essence.