Science: Toxic seaweed could be turned into paper 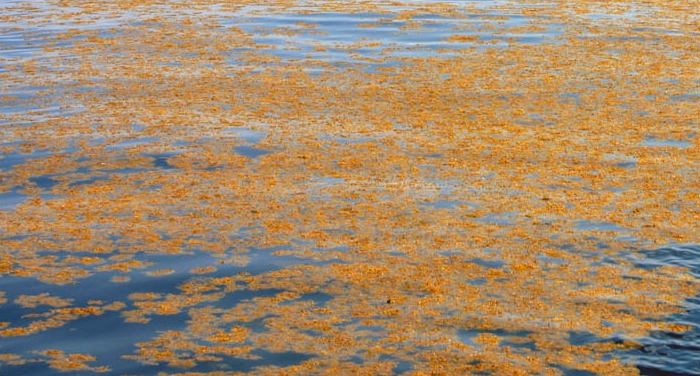 The toxic seaweed is a perfect raw material has the same cellulosic properties as paper, The Springwise reports.

As it dries, the seaweed releases odorous gases which can cause severe headaches, nausea, vomiting, respiratory difficulties and vertigo. Once enough seaweed has accumulated, it even has the power to cut through metal. The toxic seaweed is dangerous, but it also being supple and resistant enough to be made into the cardboard.

To find a solution for the toxic seaweeds, Pierre-Antoine Guibout recently founded the Sargasse Project. His homegrown project aimed at transforming 100 per cent of this harmful vegetation into marketable paper pulp.

According to Guibout, over ten years at least, the coastlines of the Caribbean Islands have come under attack for their toxic seaweed, which is an ever-growing ecological miracle.

The accumulation of Sargassum seaweed, a form of brown micro-algae, poses great threats to the surrounding marine ecosystem by destroying coral reefs and killing off certain species.

Guibout recognised the disastrous effects that sargassum has on island beaches and marine species and insisted on something needed to be done right now. His startup began working on ways to convert the seaweed into a useful biomaterial like paper.

An inflated aluminium chair that is extremely light and stable